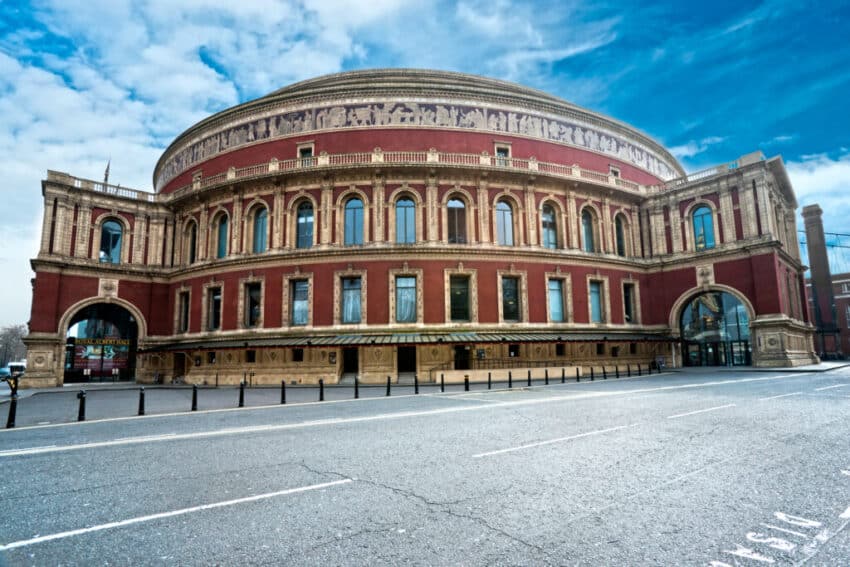 The most adventurous social-distancing models are not enough to save the Royal Albert Hall from financial oblivion, its bosses have said as they expressed their anger at the government’s bailout scheme.

The organisation said that even its deployment of a nose-to-nose one metre social-distancing measurement rather than a shoulder-to-shoulder one would not allow it to hold financially viable productions.

Craig Hassall, its chief executive, said that since the enforced closure of the Royal Albert Hall in March it had lost £18 million in income, refunded £6.5 million in tickets and used up its £12 million reserves.

Lucy Noble, the venue’s artistic director, told MPs yesterday that it had taken out a £10 million loan and would need another £20 million in the future.

She told the culture and media select committee that the venue was not able to access any grants despite being referred to as a “crown jewel” when the government launched its £1.57 billion bailout package in July. “We would rather not get into more debt so that is disappointing,” Ms Noble said, adding that the government scheme — which limits rescue grants to £3 million and requires any organisation with larger financial worries to apply for a loan — “has not ended up being the thing it was held up to be”. She told MPs that permission by Westminster council to deploy a model that measures the one-metre separation from nose to nose would allow it to reach about 50 per cent occupancy in its 5,000-seat venue. A shoulder-to-shoulder measurement reduces that to under 40 per cent. “It is still not high enough to make performances work [financially],” she said.

Andrew Lloyd Webber also told MPs yesterday that present social-distancing requirements meant the vast majority of venues could not hope to recoup their costs from reopening.

He said the industry was at the point of no return and urged the government to give a date for when auditoriums could open without social distancing. Most auditoriums with a one-metre restriction can only have between 30 and 40 per cent occupancy. Although they vary, operating models assume an 80-85 per cent occupancy to break even.

Lloyd Webber, Mr Hassall and other industry figures have also urged the government to continue the furlough scheme. Lloyd Webber said that officials from Public Health England were being a “brick wall”. He hinted that he may consider opening his musical Cinderella in a country where “people were more helpful”.

A spokeswoman for the Department for Culture, Media and Sport said it was “working flat out to support our world-class performing arts sector through challenging times” and “working at pace with the industry on innovative proposals for how full audiences might return safely as soon as possible”.