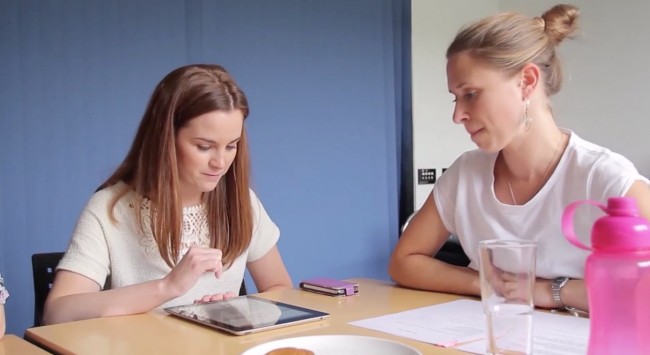 According to a  recent Deloitte report, the number of health apps on IoS and Android has more than doubled in the past two and a half years to 100,000. Many of those ideas are coming from solo digital entrepreneurs who need the backing and confidence to navigate the NHS to bring their idea to market.

Now the West of England Academic Health Science Network is running a programme in collaboration with Europe’s top University Business Incubator SETsquared designed to guide innovators from both the private sector and within the NHS through the complexities of bringing a product to market with the aim of health services buying it. Uniquely, the same course is being run across the South of England by Wessex, South West and Kent Surrey and Sussex AHSNs and aims to recruit up to 100 innovators over the year.

Jenny Dance, from Bristol,  is one of the first class of 23 innovators that have graduated from the programme. Her app ‘Say It: Pronunciation from Oxford’ was originally designed for foreign language students to help their English pronunciation and is now set to become an aid for people with speech challenges resulting from conditions such as strokes, cerebral palsy and Parkinson’s disease.

Some 2.5 million people have a speech or language difficulty in the UK.  Thirty per cent  of people who’ve had a stroke have a persisting speech disorder. Seventy five percent  of people with mental health disorders have communication difficulties.

‘Say It’ contains over 30,000 model recordings take from Oxford University Press dictionaries and uses touch screen technology for students to improve their pronunciation. When Jenny, a former marketing analyst and language school owner,  showed the app to speech therapists, she realised that it was equally useful for improving fluency and comprehension in a clinical environment.

Jenny says, “This app has the potential to improve the quality of up to 2.5 million people’s lives across the UK. The visual design focuses on the number of syllables in the word and where you should place the stress: the two most important factors in mastering English pronunciation.”

Patient focus groups will now test the app, which has been adapted for clinical purposes. She is also working with the Research Unit for Speech and Language Therapy at the University of the West of England and with North Bristol Trust to look at further uses for the technology and hopes it will be on the market later this year..

She adds, “Had the West of England Academic Health Science Network not offered this training programme, it would have been impossible to build a convincing business case for potential health commissioners. The Network helped us understand who are customers were, how to communicate with them, and the thinking they were looking for before making a decision on a product.”

Professor Lars Sundstrom, Director of Enterprise & Translation at the West of England Academic Health Science Network, says, “Navigating your way through the complexity of the NHS, even if you already practice within in, is not easy.  There are many different doors you can go through to get to the right person to talk to about your product, and you need to develop a proposition that will resonate with the appropriate decision makers and influencers within the health service.

“You may have a brilliant idea that could transform an area of patient care but if you can’t speak to the right person in the right way, you are likely to fall at the first hurdle. One of the West of England AHSN’s goals is to support external and internal entrepreneurs to bring their ideas into healthcare practice by bringing together innovators, healthcare providers and researchers at Universities.

“The beauty of this programme is it offers a consistent approach while at the same time taking advantage of local contacts through the AHSNs who can take the ideas forward into practice.”