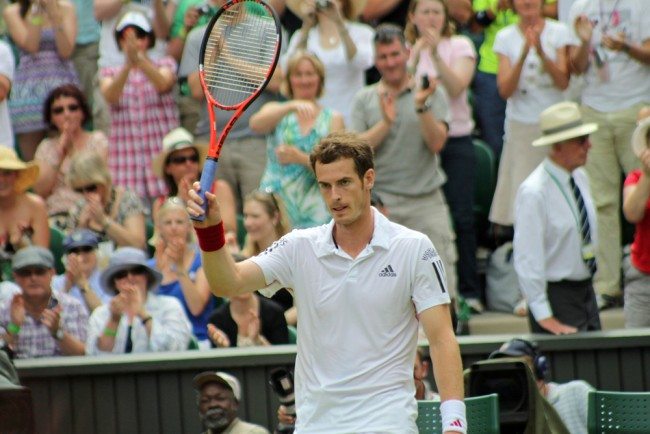 Murray, who joined the Seedrs advisory board in June, identified three British businesses he wanted to back on the crowdfunding platform, and has invested an undisclosed amount into all three. Murray plans to make further investments as part of his strategic relationship with Seedrs.

London-based, healthier eating chain Tossed has now exceeded its £750,000 target, as part of their Seedrs round, and is currently in overfunding. Tossed is on a mission to show that healthy eating isn’t boring with a range of fresh made-to-order salads, wraps, smoothies and hot food.

Murray has also made investments in Trillenium, a leading builder of 3D virtual reality shops, which has been backed by UK success story ASOS and has raised over £225,000 on Seedrs so far; and the Fuel Ventures Fund, founded by award-winning entrepreneur Mark Pearson of myvouchercodes.co.uk which raised £549,900 on Seedrs as part of their overall £30million venture fund.

Andy Murray has since commented on his investments.

“I’m excited to be investing in these driven entrepreneurs and their businesses on Seedrs. It’s important to me that I back people who I believe have the same dedication, hunger and professional standards as myself and always strive to be their best.”

“The three businesses I’ve chosen to kick off my crowdfunding investment portfolio are all in areas of industry I find interesting. Healthy eating is something I have to be passionate about as a sportsman, so Tossed was immediately one to consider, and the other two businesses are really pushing the boundaries of technology. I’m hoping that I can learn something from how they are edging ahead of the competition and take that vision onto the court with me. I’m looking forward to seeing what the future holds for these businesses and continuing to work closely with Seedrs.”

Murray was the first major public figure to team up with an equity crowdfunding platform in this way. The Seedrs strategic partnership adds to Murray’s off court interests, which also include his management company, 77, and luxury Scottish hotel, Cromlix.