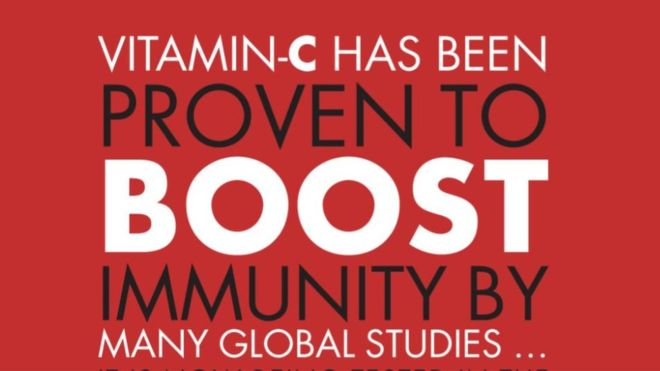 A company led by a former Apprentice contestant has had three social media adverts banned by the Advertising Standards Authority over misleading Covid-19 claims.

It noted other posts had said its goods could not be used to treat the virus.

The ASA’s investigation was fast-tracked as part of the watchdog’s focus on ads that exploit health concerns during the current Covid-19 crisis.

It said one of the examples had made claims that vitamin C was being tested in the US and China as a possible cure for Covid-19.

The post was accompanied by a caption that said each sachet contained 500mg of vitamin C.

A spokesman for the ASA said: “We considered the ad, therefore, implied that consuming Revival Shots could, through their vitamin C content, help to cure Covid-19.”

Another advert featured a user review that claimed their headache and sore throat lessened almost immediately after consumption.

Both are listed by the NHS as potential symptoms of Covid-19.

“Given that the ad was posted in mid-April 2020 during the Covid-19 pandemic, referred to symptoms sometimes associated with Covid-19 and the reviewer’s ‘paranoia’ about those symptoms, and included the hashtag ‘#staysafe’ which was commonly associated with the pandemic, we considered consumers would understand that the claims in the review were intended to be understood to relate to Covid-19,” said the watchdog. 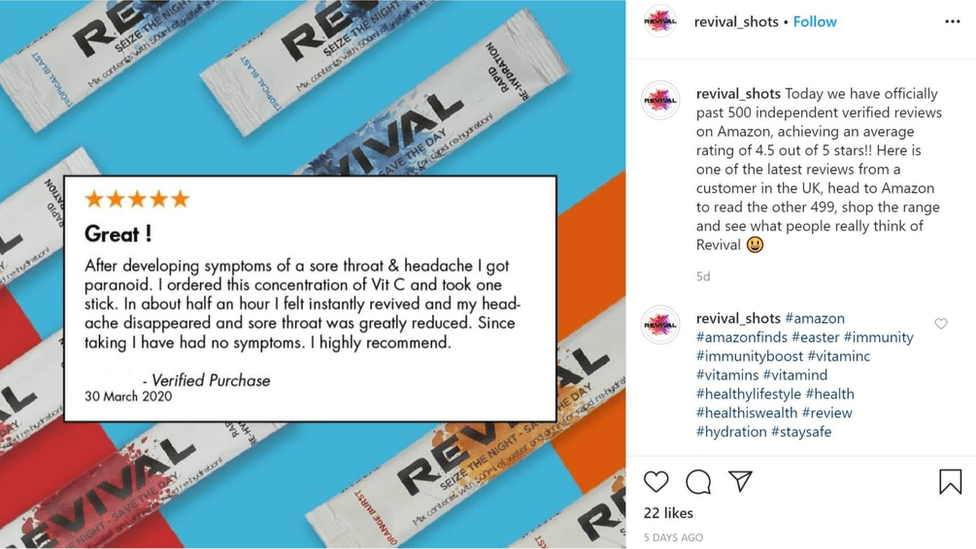 The ASA also found the company could not support claims that its product’s vitamin C content could boost immunity.

“Revival Shots had not provided any evidence to demonstrate that their products contained any vitamin in amounts sufficient that they could use any of those authorised health claims in advertising for their products,” added the ruling.

“The ads must not appear again in the form complained about.”

Mr Elahi runs Revival and is one of its two directors.

He acknowledged the ASA’s complaint but noted that the firm’s site also featured other posts “stating clearly that our products cannot be used in the treatment of Covid-19”.