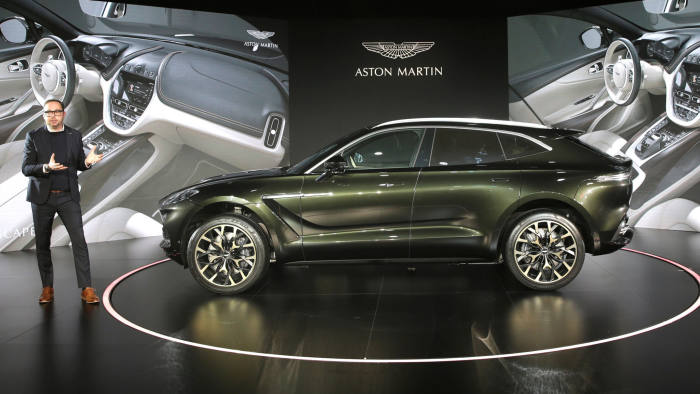 Aston Martin has confirmed it is in talks with potential investors in a statement to the stock exchange.

“The Company confirms that is reviewing its funding requirements and various funding options,” the statement read. “It is also engaged in early stage discussions with potential strategic investors in relation to building longer term relationships which may or may not involve an equity investment. A further announcement will be made as and when appropriate.”

The formal confirmation of talks comes after Autocar and Business Matters revealed interest in the firm from billionaire Lawrence Stroll last week.

The FT has reported that the company has held meetings over recent weeks with a number of potential investors, including Lawrence Stroll, the Formula 1 billionaire, as well as other carmakers and potential investors from the Middle East, India and China. Of the talks, those with Mr Stroll are at the most advanced level, one of the people added.

Stroll, father of Formula 1 driver Lance and owner of the Racing Point F1 team, is estimated to be worth in excess of £2 billion, having made his money investing and building up brands including Pierre Cardin, Ralph Lauren, Tommy Hilfiger, Asprey and Garrard.

He is also famed for his car collection, which is most notable for including what many regard as the most valuable collection of classic Ferraris in the world.

Both his business interests and car collection are reported to have given him the contacts to head a consortium looking to take control of Aston Martin, in the belief they can take advantage of its current low stock value and lower than expected sales prior to building the brand’s equity up again in future years, most notably by taking advantage of anticipated sales for the recently launched Aston Martin DBX SUV.  While pre-orders for the DBX are said to be exceeding expectations, deliveries do not begin until mid-2020.