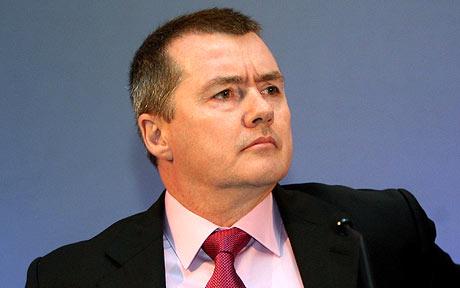 The parent firm of British Airways has lodged a complaint with the European Union over the UK government’s support that is enabling Flybe to keep flying.

After it was revealed on Sunday night that the regional airline was in frantic talks to avert collapse, ministers announced on Tuesday evening that an agreement had been struck to safeguard its immediate future.

The terms included the deferral of Air Passenger Duty (APD) payments, amounting to more than £100m, in return for the independent airline’s major shareholders injecting tens of millions in new funds.

But no additional details have been released and the government is understood to still be negotiating a loan on commercial terms with the airline, casting continuing doubt on its long-term future.

The bailout reflects the seriousness of how ministers view the threat to UK transport connectivity should Flybe, which focuses its operations on domestic regional airports, fall.

While explaining the reasons for the aid, the Business Secretary Andrea Leadsom said Flybe was a “viable” company.

IAG was yet to provide details of its complaint to Brussels but it is likely to be based on the belief the bailout constitutes illegal state aid, under EU law.

In an earlier letter to the Transport Secretary Grant Shapps, Mr Walsh wrote: “Prior to the acquisition of Flybe by the consortium which includes Virgin/Delta, Flybe argued for tax payers to fund its operations by subsidising regional routes.

“Virgin/Delta now want the taxpayer to pick up the tab for their mismanagement of the airline. This is a blatant misuse of public funds.

“Flybe’s precarious situation makes a mockery of the promises the airline, its shareholders and Heathrow have made about the expansion of regional flights if a third runway is built.”

Ryanair said of the rescue: “We have already called for more robust and frequent stress tests on financially weak airlines and tour operators so the taxpayer does not have to bail them out.”

Friends of the Earth aviation campaigner, Jenny Bates, said: “Any review of APD that leads to cheaper air travel and more polluting flights, would be a complete scandal – and rip apart Boris Johnson’s pledge to show leadership on the climate crisis.”

Greenpeace UK policy director, Dr Doug Parr, demanded APD remained when he said: “The government cannot claim to be a global leader on tackling the climate emergency one day, then making the most carbon-intensive kind of travel cheaper the next.

The Business Secretary Andrea Leadsom explains why Flybe was given taxpayer aid while others have been refused financial help.
“Cutting the cost of domestic flights while allowing train fares to rise is the exact opposite of what we need if we’re to cut climate-wrecking emissions from transport.”

Chancellor Sajid Javid said of the deal on Tuesday: “I welcome Flybe’s confirmation that they will continue to operate as normal, safeguarding jobs in UK and ensuring flights continue to serve communities across the whole of the UK.

“The reviews we are announcing today will help level up our economy.

“They will ensure that regional connections not only continue but flourish in the years to come – so that every nation and region can fulfil its potential.”