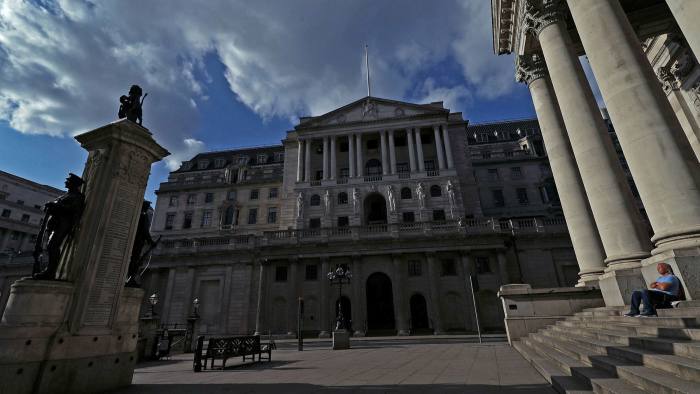 The move allows the government to bypass the bond market until the Covid-19 pandemic subsides, financing unexpected costs such as the job retention scheme where bills will fall due at the end of April.

Although BoE governor Andrew Bailey opposed monetary financing earlier this week, Treasury officials felt it was best to have the insurance of the central bank willing to finance its operations in the short term.

It highlights the extraordinary demands on cash the government has experienced in recent weeks, which it feels it cannot finance immediately in the gilts market.

In a statement to financial markets on Thursday, the government announced it would extend the size of the government’s bank account at the central bank, known historically as the “Ways and Means Facility”, which normally stands at just £370m.

This will rise to an effectively unlimited amount, allowing ministers to spend more in the short term without having to tap the gilts market. In 2008, a similar move saw the facility rise briefly to £20bn.

The scale is likely to be large. The government has already tripled the amount of debt it wanted to raise in financial markets in April from £15bn announced in the March 11 Budget to £45bn by the start of this month.