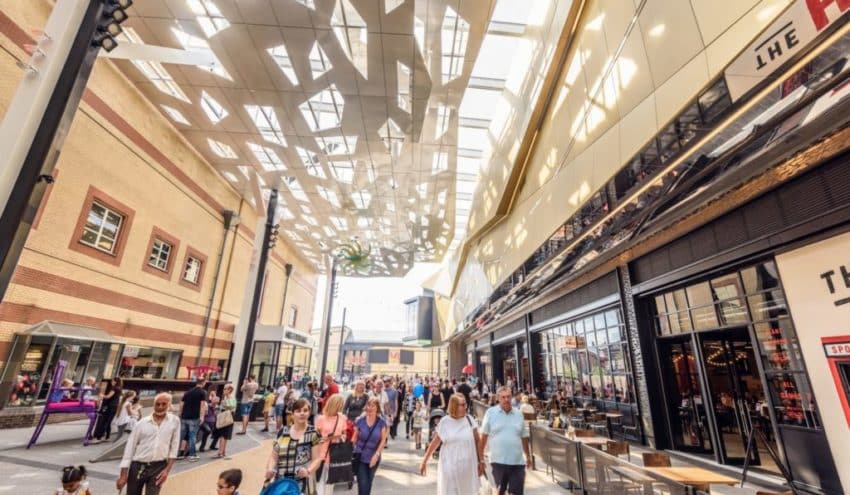 Intu Properties was dealt another blow on Tuesday after a Hong Kong-based investor pulled out of plans to take part in the shopping centre group’s emergency cash call.

The news came just a day after it had confirmed talks.

The debt-laden company behind centres including the Trafford Centre in Manchester and Lakeside in Essex said it had been informed by Link Real Estate Investment Trust “of its intention to no longer participate in a recapitalisation of the company”.

The news drove Intu shares down 31%, wiping out all the gains from a day earlier when investors were cheered by news that Link was in talks. The sell-off on Tuesday pushed shares to an all-time low of 11p, giving the company a market value of just £163m. Five years ago shares were worth more than 370p.

The group is struggling under a £4.7bn debt mountain and had previously confirmed that it would announce an emergency cash call, expected to be worth at least £1bn, alongside its annual results due later this month.

Link is the largest real estate investment trust in Asia by market capitalisation and includes retail centres, offices and car parks. It is focused on Hong Kong and mainland China, but recently said it is looking at the UK, Japan, Singapore and Australia as part of its five-year investment strategy.

Link said in a statement: “Link remains interested in opportunities in the UK, but our negotiations with Intu have not reached an agreement.”

It is understood that Intu’s largest shareholder, Peel Group, which has a 27% stake, remains supportive of the equity raise, as do some other larger existing investors.

Intu’s debts have been growing at a time when its retail tenants have been facing financial difficulties, blamed largely on the shift to online spending. Many of Intu’s top tenants, including Debenhams, House of Fraser and Arcadia, have been closing stores or requesting rent reductions. Intu’s property portfolio is officially valued at £8bn but is now worth a lot less.

The group has been selling assets, including two of its three Spanish malls, to raise money, but has also said it would attempt an equity raise to fix its balance sheet. The company has not specified a figure, but property analysts have estimated it must raise between £1bn and £3bn.

“It will be hard to find a company ready to put sizeable funds into a firm which has negative trends in its malls such as vacancy rates,” said Jonathan De Mello, the head of retail consultancy at Harper Dennis Hobbs. “But Intu’s shares are trading at a massive discount, and there is a disconnect between its market cap and the value of their property assets.”