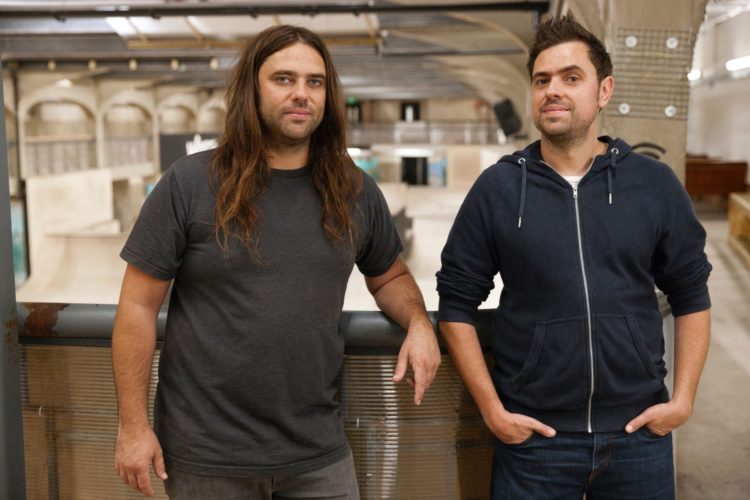 Two brothers from Hastings in East Sussex with a lifelong passion for BMX bikes have received a top industry award for turning a business once based in their bedroom into the largest BMX retailer in the world.

Richard and Marc Moore are the brains behind The Source and in recognition of their soaring international sales, exporting daily to 80 countries worldwide, have been awarded The Queen’s Award for Enterprise 2018 in the international trade category.

Little did the brothers know when they launched the business in 2003, that 15 years later they would employ 40 people, have opened the largest underground skatepark on the planet, have sales topping £1 million and be looking forward to a summer date at Buckingham Palace to receive the award.

While older generations may not be familiar with The Source, it is the number one name on the lips of millions of BMX riders worldwide for bikes, parts and accessories.

Richard Moore said: “It is a huge honour to receive this award. It is the most prestigious business award in the country and very gratifying to be recognised by the Queen. It is a great reflection of all of the hard work from our team in growing the business over the past 15 years and we intend to go from strength to strength.”

In 2016 Richard and Marc converted a derelict Turkish Baths under Hastings seafront into the world’s largest underground skatepark. Working closely with south east enterprise agency, the Let’s Do Business Group and Locate East Sussex, the brothers created a destination that has become a Mecca for BMX riders.

Graham Marley, Chief Executive of Let’s Do Business Group, said: “We are delighted to have played a small part in the success of The Source, supporting them with access to finance both during the early years and more recently in developing the new skatepark.

“The Source is a leading light for East Sussex businesses. They are disruptive, innovative and export around the world and have contributed significantly to the regeneration of a seaside town which is working hard to re-establish its positive image.”

The skatepark includes a retail store and hosts one of the biggest and most prestigious international BMX events, the Battle of Hastings. Riders travel from around the world to compete, driving global awareness and traffic to The Source website, which now makes up over 90 per cent of company turnover.

Marc Moore added: “All our staff should be really proud of this award. It amazes us every day what a small team working in the same direction can achieve.”