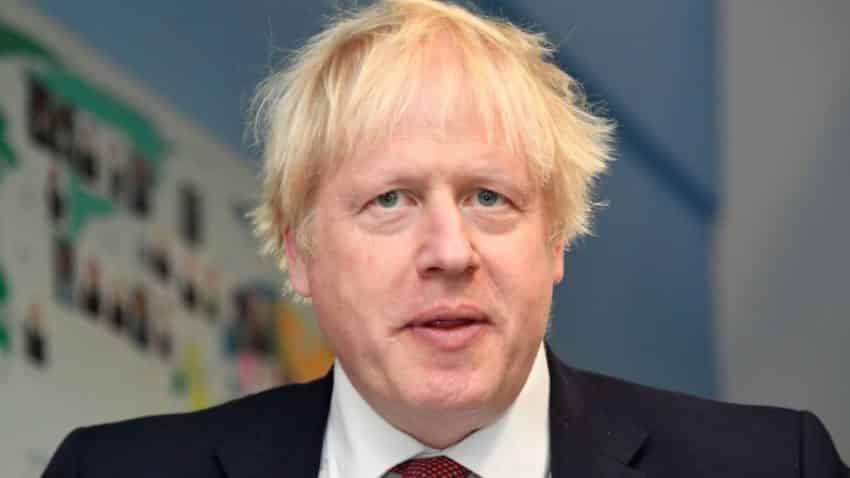 Boris Johnson has pledged that he would hold a tax-cutting budget within weeks of Britain leaving the European Union as part of an attempt to revitalise his election campaign.

The prime minister has said that he would hold a “Brexit budget” in late February as he unveiled his plans for the first 100 days of a new administration.

The spending plan meets his commitment to increase the threshold at which Britons start paying national insurance to £9,500 from April, saving an average of £85 a year.

The Times has also been told that it could include 15 hours of free childcare a week for two-year-olds, a policy that was considered for the manifesto last month but did not appear.

Mr Johnson will outline his plans today as he tries to galvanise his party amid evidence that its lead is narrowing a week before voters go to the polls. Isaac Levido, who is running the Conservatives’ election campaign, has told staff that the final seven days of the election is like a “closing statement” in a trial and that the party must hammer home its message.

There have been concerns among Conservative Party officials that the Nato meeting paused the campaign at a critical time as undecided voters were making up their minds.

Labour attempted yesterday to move the focus back to its policies to cut the cost of living by claiming that the average family would save £7,000 a year if it won the election. The Institute for Fiscal Studies think tank said that the chances of any family benefiting in full were remote. Critics added that some of the figures would be much smaller if inflation were taken into account.

Mr Johnson said last night that his plans would “kick-start a decade of investment in people’s priorities”. He said: “This is the most important election in a generation — important because it will define if we go forward as a country or remain stuck, stalled, repeating the same arguments of the last three years with yet more damaging uncertainty.

“In just seven days’ time the British people will have to choose between a working majority government or yet another gridlocked hung parliament. If there is a Conservative majority next week we will get Brexit done by the end of January. 2020 will then be the year we finally put behind us the arguments and uncertainty over Brexit.

“We will get parliament working on the people’s priorities — delivering 50,000 more nurses and 20,000 more police, creating millions more GP appointments and taking urgent action on the cost of living.”

Mr Johnson’s plans were nevertheless branded as “pure fantasy” by opposition politicians. “Boris Johnson is once again lying to the British public by pretending he can actually deliver on any of these promises,” Sir Ed Davey, the Liberal Democrat deputy leader, said. “This is pure fantasy. A Tory government would remain completely consumed by Brexit not just for the next 100 days, but for years to come.”

Tom Brake, the Lib Dem Brexit spokesman, said that Mr Johnson’s claim that “Brexit will be over by January is insulting to the British public”.

Andrew Gwynne, the shadow secretary for communities and local government, said: “The Tories have had 3,494 days in office, and in those days we’ve seen child poverty soar, rising homelessness, rising food bank use, and violent crime is up too. The NHS has more people waiting for operations, and record staff vacancies.”

Sajid Javid, the chancellor, would not be drawn on whether the 40 per cent threshold on higher earners would be raised. He told Sky News the party was “prioritising people on lower incomes” with its National Insurance plans and a living wage increase.

If the Conservatives win next week’s election, they would hold a Queen’s Speech on December 19. The legislation tabled would include a symbolic pledge to enshrine in law a guarantee to increase NHS funding by £20.5 billion a year. There would also be a new law intended to end all-out rail strikes by compelling train companies and unions to sign “minimum service agreements”.

The Human Rights Act would be amended in an attempt to protect troops from vexatious claims, and a sentencing bill would introduce a mandatory minimum term of 14 years for terrorists convicted of serious offences. A review of defence, security and foreign policy would be held.

The Tories said that if Labour won Jeremy Corbyn would have to form a “chaotic” coalition with the SNP before requesting a Brexit delay. They said that he would then spend much of his time in negotiations with Brussels over a new Brexit deal. “With Corbyn, 2020 will be the year of two chaotic referendums on Brexit and Scottish independence, creating more uncertainty. Nothing else will happen,” Mr Johnson said.