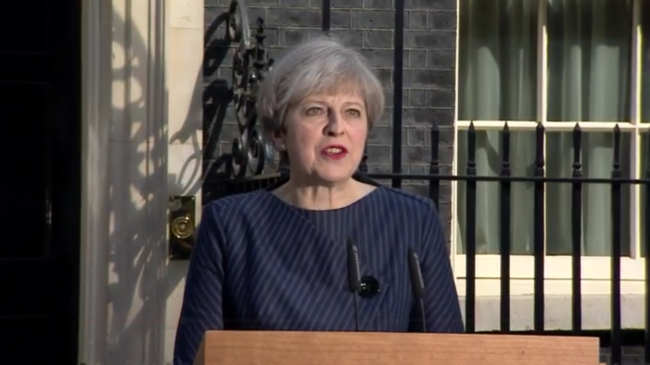 Theresa May will tell MPs later today that the Brexit deal is 95% complete.

In a Commons statement after talks with EU leaders in Brussels, the Prime Minister will say the “shape of the deal across the vast majority” of the withdrawal agreement is now clear.

She will tell MPs that since last month’s summit in Salzburg, “important progress” has been made on issues like security, transport and services.

Protocols have been developed on how Brexit will impact Gibraltar and the UK’s military base in Cyprus.

“And all of this from the last three weeks alone, is in addition to the agreements we had already reached,” she will say.

Mrs May will tell the Commons that “taking all of this together, 95% of the withdrawal agreement and its protocols are now settled”.

The issue of the Irish border, though, appears to be part of the 5% that is not yet agreed.

“As I set out last week, the original backstop proposal from the EU was one we could not accept, as it would mean creating a customs border down the Irish Sea and breaking up the integrity of the UK,” Mrs May will say.

Rebellion against May ‘not the case’

Tory MP Bob Blackman dismissed speculation of a rebellion against Mrs May, hinting that fewer than 48 MPs had submitted letters of no confidence – the required amount to trigger a leadership challenge.

““At this moment in time, that is not the case,” he said.

“The chairman of the 1922 Committee [Graham Brady], when he receives that many letters, has to hold a ballot. And we know that’s not the case as he hasn’t held the ballot.”

Brexit minister Suella Braverman said her colleagues were “free to express themselves in the way they wish” and repeatedly refused to say she would back Mrs May in a confidence vote.

Brexit Secretary Dominic Raab said the exit agreement must be finalised by the end of next month to allow new laws to be put in place in time for exit day.

Mr Raab suggested a transition extension could run for three months, but said the move would have to “solve” the Irish backstop issue.

Labour has warned Mrs May that it will not back her Brexit blueprint when it reaches the Commons.

Shadow Brexit secretary Sir Keir Starmer said there is a “real lack of confidence” that Mrs May can bring back “anything by way of a good deal”.