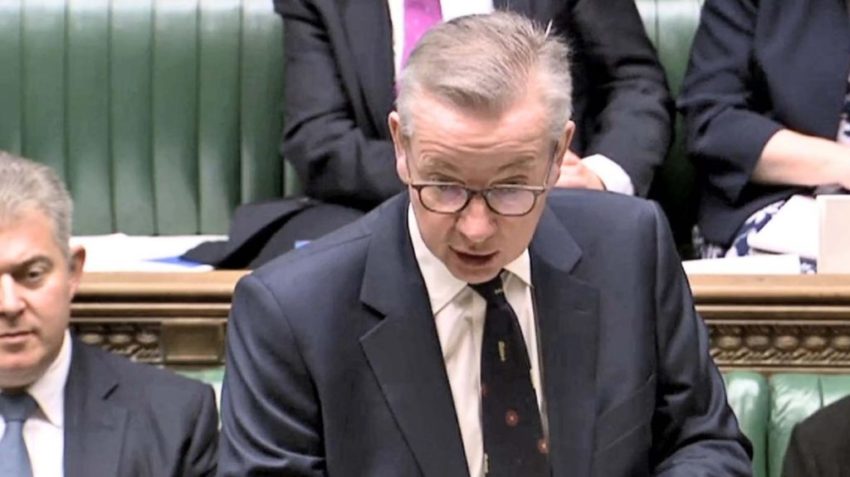 Ministers have said that they will walk away from trade talks with the European Union in June if significant progress has not been made in reaching a deal.

The government has published its negotiating mandate today setting a four-month deadline to agree the “broad outline” of a deal. If that fails, ministers will decide whether to walk away from the talks to “focus solely” on preparing the country for a no-deal Brexit.

The hardline stance will exacerbate European fears that “populists” in the government are winning Boris Johnson over to collapsing the talks and blaming Brussels.

“If the hardliners prevail we will be facing a populist government ready to make sacrifices with the idea that WTO only will be an electric shock to revitalise and diversify the British economy,” said one senior diplomatic source.

Michael Gove, the Cabinet Office minister, formally launched the mandate, saying that the UK was prepared to agree tough protections on environment and labour standards but would not follow specific EU rules.

“The UK government seeks a free trade agreement with robust protections for the environment and labour standards,” he said. “But we do not see why the test of suitability in these areas should be adherence to EU law and submission to EU models of governance.”

He added that Brussels had never sought to apply those principles to free-trade agreements it had previously signed and that they “should not apply to a sovereign UK”.

Mr Gove dismissed the EU’s argument that stricter measures were necessary because the UK was closer to the EU than countries such as Canada. “Geography is no reason to undermine democracy,” he said.

The 30-page UK document sets out its proposal for an agreement covering all areas of the economy, from goods and services to and fishing and other areas of future cooperation.

Officials made clear that even if this were agreed it would represent the end of frictionless trade with the EU because it would still require new customs posts and regulatory obligations on exports.

Ministers said that they would carry out a consultation exercise on the “economic impact of the future relationship”. But they declined to say whether or not they would publish an impact assessment on the effect of the new trading relationship on economic growth.

In one concession, sources on the UK side accepted that the documents was simply a “starting point” for the talks. They suggested that the government might be prepared to concede to arbitration procedures in some areas. However they made clear that agreeing to follow existing EU rules was non-negotiable.

Mr Gove said that he believed that progress could be made in time for the June deadline.

“There is ample time during the transition period to strike the right deal for the UK,” he said. “We hope to reach a broad agreement ahead of the EU Council’s high level summit in June whereupon we will take stock. We know our proposals are measured and our approach is fair. We know what we want to achieve. We’re ready to go.”

Pat McFadden, the former Labour Europe minister, said that it was clear that the government could inflect deliberate self-harm on the UK economy.

“The government has made a fundamental choice which is to prioritise sovereignty over any economic argument or consequence either for goods or for services,” he said. “But isn’t the danger here that having made this choice the government imposes economic consequences for the long term on the country in pursuit of a prize of a sovereignty, which it ends up not using very much?

“At the end of the day, good standards in environmental and labour market and consumer sectors actually makes sense.”