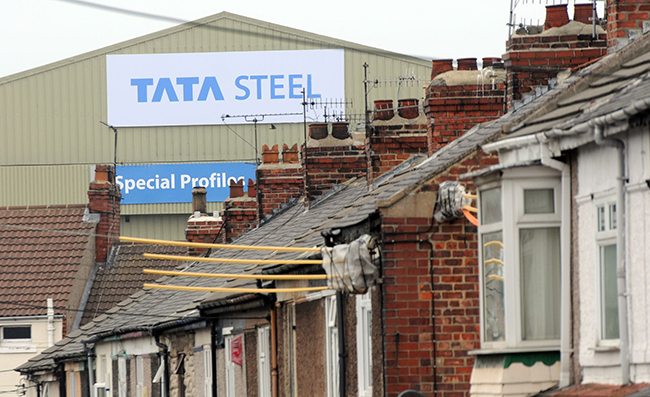 Britain’s steelmakers are beginning to feel the impact of the US imposing import duties, putting the struggling sector in danger of plunging back into crisis unless the EU breaks protocol and acts immediately, according to the industry body.

President Donald Trump announced on Thursday an immediate 25 per cent import duty on steel – and 10 per cent on aluminium – as he fulfilled a campaign pledge which he claimed would protect US industrial workers.

Prior to the levies being slapped on imports, trade body UK Steel had already received reports of members having orders from US customers delayed as they waited to see if Mr Trump would go ahead with the tariffs.

With the move confirmed, Gareth Stace, director of UK Steel said the full force of its introduction would soon be felt.

“You could have a ship loaded with steel from the UK 30 miles of the US coast and as of 12.01am its cargo suddenly gets 25 per cent more expensive for customers,” he said. “Someone has to absorb that cost.”

He said that many of the trade body’s members – who employ 31,000 people in the UK between them – are looking at how they can deal with the tariffs.

“We’ve got members who have long-standing relationships with customers in the US who want to buy from them, Mr Stace said. “A lot of these products have long lead times and they aren’t made in the US.

“Companies are working out whether they can split the higher costs with their customers or absorb the tariff themselves – or face cancellations.”

The UK exports about 350,000 tonnes of steel to the US a year, about 7 per cent of Britain’s annual production.

Much of it is high value and speciality steel products, with an average price of €1,400 a tonne. The average price for hot-rolled coil steel, one of the benchmark types of steel, is about €600 per tonne.

Five of Britain’s so-called big six steel companies – British Steel, Tata, Liberty, Sheffield Forgemasters and Outokumpu – export to the US, along with many of the UK’s smaller operations, which focus on more complex steel products.

While President Trump’s move may win popular support in the US, it could ultimately harm his country’s industry.

“The US steel sector has not invested in the same way the UK and Europe have,” Mr Stace said. “Some of the exported products just aren’t made in the US.”

The tariffs have been introduced under US legislation called Section 232. This examines whether imports could be putting US national security at risk because they are driving domestic producers out of business, making the country reliant on foreign suppliers.

However, critics say with the US already unable to produce many of the affected types of steel, Section 232 is being misused.

Liberal Democrat leader Sir Vince Cable said: “As well as being petty and most probably illegal, Trump’s trade war is ultimately self-defeating. In the inevitable retaliation, there will end up being tariffs on a plethora of US products.”

While US steel companies could invest in the facilities to be able to produce these items, this would come at a cost and take time. Prices are likely to rise as steel companies pass on capital expenditure costs to customers, who in the meantime will have to pay higher prices on imported steel.

The fear among UK and EU steelmakers is that with the US effectively shut to international steel companies, major steel producing nations will flood other markets with excess production.

President Trump’s imposition of tariffs was widely seen as targetting China, but UK Steel said that other major steel nations closer to Europe are likely to be the first to redirect imports.

“Turkey, being right on Europe’s doorstep could be the first to act, followed by countries such as Belarus and other former Soviet nations, then India,” Mr Stace said.

However, he raised the prospect of ships loaded with steel from all over the world that were originally headed for the US being redirected en route.

“You could also see steel traders buying cargoes at knock-down prices and sending it straight to the UK,” he warned.

The industry is calling for the EU to implement swift “safeguard measures” to stem a potential flood of steel into the UK.

However, such efforts are notoriously slow. European Commission officials have up to nine months from the start of an investigation to prove that steel being dumped in the bloc is causing harm.

Such is the pressure on the Commission to act that it is hoped Cecilia Malmström, the commissioner for trade, will expedite moves to protect UK and European steelmakers.

Ms Malmström is taking a legal case to the World Trade organisation today, saying Mr Trump’s move is “primarily intended to protect the US domestic industry from import competition, clearly at odds with WTO rules.”

It is thought the Commission could respond within eight weeks.

Safeguard measures would ideally come not in the form of import tariffs, but quotas on the amount of steel allowed in from countries outside the EU. These would be based on keeping imports at the levels of the past few years, stopping cheap steel coming into the bloc.

Mr Stace said: “Introducing levies smacks of protectionism. We want to encourage fair trade – which is what quotas would do.”

Until safeguards are put in place, Britain’s steelmakers are vulnerable to a huge inflow of cut-price steel, something which the industry fears could cost jobs as it again faces similar conditions to those that sent it into crisis in 2015, with the loss of thousands of jobs.

UK steelmakers also face the burden of higher production costs than many of the competitors around the world and Europe.

Steel-making is an energy-intensive process and the UK has some of the highest power bills in the Europe. They also face higher labour costs than many of their rivals, and European companies work under tougher environmental restrictions than global competitors.

“With no safeguards in the next few weeks, and likely months, Britain faces a massive surge in imports of steel which will place the industry on course for the same conditions which triggered the steel crisis three years ago,” Mr Stace added.

Commenting on the President Trumps announcement Adam Marshall, Director General of the British Chambers of Commerce (BCC), said: “It is hugely disappointing that the US government has chosen to push ahead with these tariffs, which will hurt companies and communities in many areas of the UK, as well as their customers in the US.

“The UK government must reach out to and support the many supply chain businesses that face becoming the ‘collateral damage’ of the Trump administration’s protectionist push. British ministers must also work hand in hand with the EU to avoid any further escalation, and to find a long-term solution.

“As the UK leaves the EU, the American government’s decision to impose punitive tariffs is a helpful reminder that self-interest looms large in trade negotiations. Ministers should reflect on this carefully before they pursue any future trade deal between the UK and the USA.”