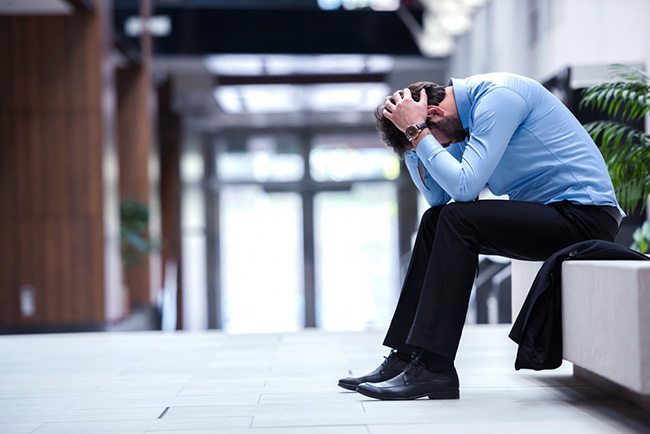 This level of near constant stress affected 1 in 4 of the other employees surveyed. Ninety-two per cent of senior managers say they have suffered from stress at some point.

However, when it came to the employees, 45 per cent stated workload as their main cause of stress. Financial worries were the second most cited factor.

Worryingly, despite the seemingly buoyant jobs market, 1 in 5 of both groups cited stress caused by worries about their job security.

Dr Mark Winwood, director of psychological services at AXA PPP healthcare, said: “It is concerning to see that almost half of the senior managers surveyed report experiencing constant stress. Occasionally experiencing symptoms of stress is to be expected. However, chronic stress can create or exacerbate existing mental health issues, including anxiety and depression and, as such, it is important to manage.

“By promoting stress-reducing behaviours wherever possible, such as a reduction in unnecessary out-of-hours emails, flexible working and an open culture where all employees can discuss their concerns and issues, businesses can minimise the effects of stress on all levels of the workforce. Changes in workplace culture are best implemented from the top down to effect real change, so managers could help their employees reduce stress, while also helping themselves. Having a company culture that is open about stress and mental ill health will benefit everybody.”