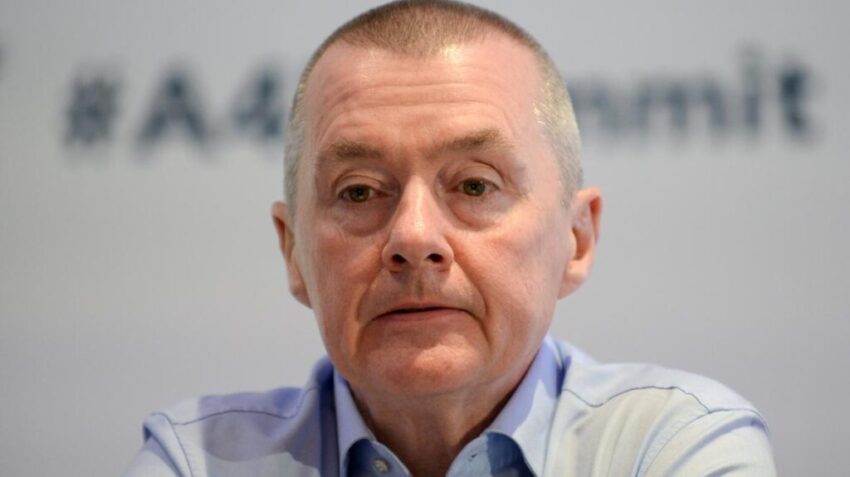 The government is facing legal action over its decision to quarantine all arrivals into the UK amid warnings that the “irrational” policy will be catastrophic for airlines.

British Airways’ parent company today confirmed that it was consulting lawyers in an attempt to block the policy, which is due to be introduced from Monday.

Willie Walsh, the chief executive of International Airlines Group (IAG), said that it was likely that other airlines would also bring legal challenges against the measures.

He insisted that the quarantine, which is applied to foreign arrivals and Britons returning from overseas, was an “irrational piece of legislation” and had “torpedoed” BA’s attempts to resume flight operations in July. It had hoped to operate 40 per cent of flights next month.

The comments have been made only three days before the policy is due to be introduced for people arriving in the UK by air, ferry and through the Channel tunnel rail link. Under the reforms, all arrivals will be forced to self-isolate for two weeks, with the possibility of £1,000 fines for those who flout the rules. About 40 groups will be exempt, including hauliers and airline crew.

However, the measures have been condemned by backbench MPs, airlines and holiday companies, while scientists have queried their effectiveness. The UK is believed to be the only big country to impose a new quarantine so late in the pandemic and experts have asked whether it will be helpful in controlling a second outbreak of the infection in the UK.

More than 300 travel and hospitality businesses have signed a letter to Priti Patel, the home secretary, opposing the plan, with some warning that they will go bust or be forced to lay off 60 per cent of staff because of the loss of income.

The policy will be reviewed every three weeks and the government has indicated that it will eventually be replaced with more focused “air bridges” that allow quarantine-free travel from low-risk countries.

Countries such as Greece, Portugal, Spain and Turkey are already believed to be in talks with the UK government over the move.

Large numbers of airlines, including Ryanair, Easyjet, Jet2, Virgin Atlantic and TUI, are planning to resurrect flight operations from late June and into July. However, it is feared that the quarantine will prevent most people booking to fly in and out of the UK. One study this week suggested that only a fifth of people would risk flying while the measures remain in place.

Speaking to Sky News, Mr Walsh said: “This initiative has in effect torpedoed our opportunity to get flying in July. We think it is irrational, we think it is disproportionate and we are giving consideration to a legal challenge to this legislation. So we are reviewing that with the lawyers later on today.

“I suspect that there are other airlines that are doing so because it is important to point out that there was no consultation with the industry prior to enacting this legislation and we do believe it is an irrational piece of legislation.”

IAG wrote to MPs on Thursday outlining the challenges the company faces and defending its decision to make 12,000 BA staff redundant. The company has faced criticism over the move, which is still subject to consultation, after it accepted tens of millions of pounds of taxpayers’ money through the government’s job retention scheme.

In his letter Mr Walsh said: “There are some who believe the company is exaggerating the scale of the challenge. Nothing could be further from the truth. The situation is unprecedented. Nobody is flying.

“British Airways had hoped to operate about 40 per cent of our scheduled flights in July but this has been torpedoed by the introduction of the 14-day quarantine period for people arriving into the UK. British Airways is not generating any revenues and continues to burn through approximately £20 million of cash a day. The current situation is not sustainable.

“The company has already taken on an additional £800 million of short-term debt to supplement its cash position. That debt must be repaid.”

On Thursday afternoon Ms Patel had an online meeting with airlines to discuss the policy. BA boycotted the meeting amid opposition to the measures.

The home secretary told aviation bosses: “To stop this disease in its tracks we’ve had to make some tough choices, huge sacrifices have already been made, and I know how hard the new measures will be for you all.

“But we’re here because we all share one aim: to keep people safe and get Britain moving again.”

She added: “We have all made sacrifices in recent weeks as part of an extraordinary national effort to beat coronavirus, and while the safety of our people is at risk this must continue.

“The new public health measures at the border are essential to protect the hard-won progress we have made and help prevent a second wave.”