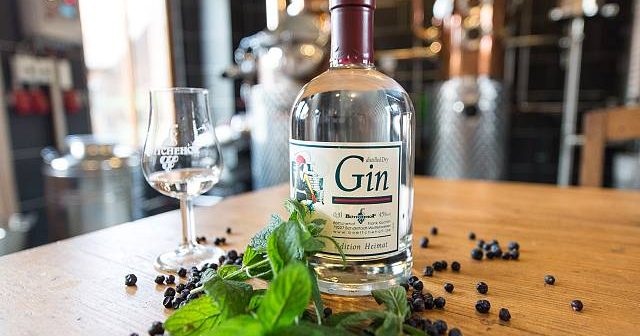 Coinciding with World Gin Day, a new analysis of HMRC data by the Department for International Trade reveals that exports of gin in the first quarter of 2019 were the strongest in recent history, worth £155m.

The most popular destinations for British gin in January, February and March 2019 were the United States, which imported £50m, closely followed by Spain and Germany, which imported £19m and £10m respectively.

International Trade Secretary Dr Liam Fox MP said, “As we celebrate World Gin Day, we also raise a glass to our national gin heritage and expertise, which is translating into economic benefits for the country and supporting local job creation.

“UK drinks exports continue to grow from strength to strength and, for the first time, the UK has an international economic department, the Department for International Trade helping British business succeed abroad in ways that never happened before, so I urge more businesses to take the first steps to start exporting.”

London-based gin distillery Hayman’s Gin has been quick to capitalise on the global thirst for British gin as the company looks to expand into new markets from their distillery in Balham.

Christopher Hayman, Master Distiller, Hayman’s Gin said, “My great grandfather started distilling our True English gin over 150-years ago. We now export to over 50 markets around the world and are thrilled that Hayman’s of London can be enjoyed by gin enthusiasts across most of the countries of Europe and as far afield as Moscow, Toronto, Los Angeles, Sydney or Shanghai.

“Since opening our new distillery in Balham last year, we’ve increased our distillation capacity significantly.  We are proud to use our archive of family recipes to bring back a number of styles of gin previously lost to the history books, whilst maintaining the traditional distillation process inherent with True English style of gin.”

Another company which has benefitted from this success is Hertfordshire-based Jam Jar Gin. The company, which produces the world’s most valuable gin at £4,000 per bottle and is available from Harvey Nichols, has sold their products in countries from Belgium to Japan.

Husband-and-wife team Dan and Faye Thwaites, owners of Jam Jar Gin said, “We’re delighted that exports of British gin continue to grow and are well received across the world.

We are reaping the benefits of this increased international demand with sales of our premium brands, including our luxurious Morus LXIV gin. This £4,000 per bottle gin is distilled from the leaves of a single, ancient Mulberry tree and takes more than two years of careful work to produce a quintessentially British product.

“We look forward to opening up in new markets and developing our brand further afield so that more people can enjoy our award-winning products.”