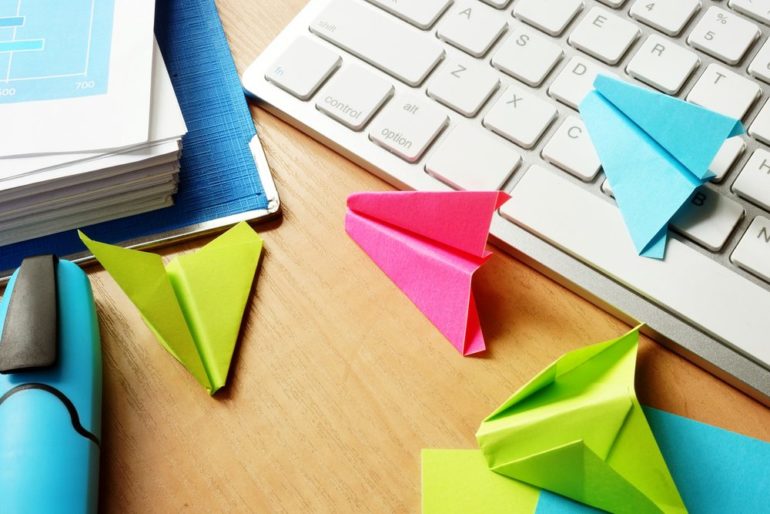 Whilst productivity slows down in the office as the week goes on, time certainly does not.

It may seem innocent to office employees to detour from work-related material daily, this invisible cost has proven to become particularly expensive.

Research reveals Brits are spending 122 minutes a day procrastinating. Essentially, Brits are only working 73 per cent of the hours they are employed to do. The annual income for office workers surveyed averaged at £32,782. Taking this into account, workers spend 27 per cent of their time not doing the job they have been paid to, with companies paying out £8,851.14 per employee for this time wasted.

Results highlighted that on average office workers are spending 37 minutes on social media daily – that’s a ground-breaking total of 3 hours and 5 minutes of the working week. The use of social media at work during office hours was the most popular form of internet usage; with 38 per cent of office employees browsing social media sites more than any other website. Contrastingly, Reboot Online found that Brits are spending 33 minutes’ daily surfing other websites.

Some companies have even taken the initiative; albeit arguably unfair, to ban the use of social media in the workplace. A survey from Pew Research Center analysed this method, discovering a substantial 77 per cent of employers overrode this unwritten rule. Other policies such as giving employees social media breaks have popularised. Staples conducted a survey in 2016 to find that 64 per cent of employees agreed allowing social media breaks increased employee productivity.

However, it is not just those immersed in social networking that are wasting valuable time spent in the office. Additional findings by Reboot online emphasised that staff are spending 15 minutes making coffee and 12 minutes using the toilet daily. Although these are elements of the working day that cannot be avoided, 62 per cent admit to undertaking these office rituals purely due to boredom.

Moreover, the survey had revealed that the common one hour break for lunch and the out of office hours spent at the pub are not enough for the average worker. Employees spend an extra 25 minutes chatting with their colleagues daily.

Shai, MD of Rebootonline.com responded to these results: “Although the results are quite shocking, it’s important to avoid any knee jerk reactions and understand that some “off time” could have an overall beneficial effect on productivity in the workplace. In most cases, the benefits far outweigh the time lost. Saying that, it does need to be kept under control and if staff members are found to abuse the freedom given to them, this needs to be brought up at the appropriate time”