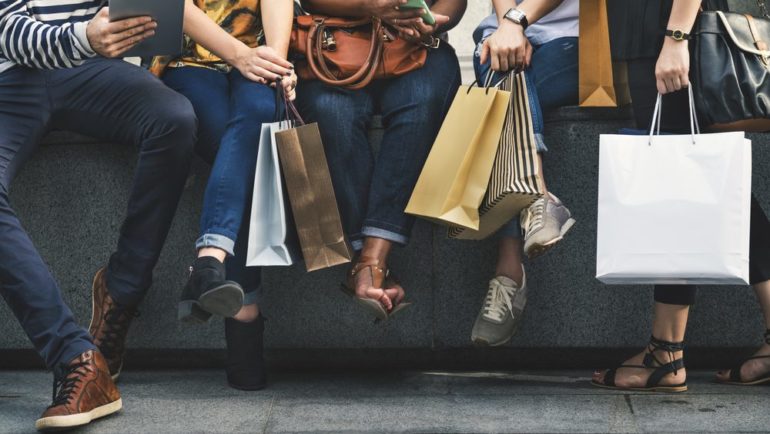 The British economy is benefiting from Brits’ lack of will power when it comes to piling up their baskets and straying from their shopping list, new research reveals.

From adding to their wardrobe to filling up their fridge, the average person spends £47.84 on spontaneous buys every single month meaning as a nation we’re spending up to £37 billion on these types of purchases over the course of a year.

New research has delved into the impulse buying habits of the British public and revealed that a huge 91 per cent of the nation make impulse purchases every month.

However, some shoppers are making more unusual purchases, as some of the weirdest impulse buys revealed in the research included, a furry rabbit, £120 worth of cheese, a castle for a pet cat, and 100 condoms.

Looking at where Brits are going to splash their cash, supermarket trips seem to be their Achilles heel, as over half admitted that this is where they are adding the most extras to their baskets. Online retailers including Amazon and eBay were named as the next best places to go to indulge.

Insomnia and a pint appear to be the backbone of the British retail economy, with over a third of Brits admitting late night browsing online leads them to these types of purchases and 24 per cent said having a drink got them pressing buy now. Others claimed a special offer makes them more likely to buy on impulse.

When it comes to the delivery time, some impulse buyers aren’t as eager as they first appear with over a quarter of those surveyed saying they are happy to wait a week for their impulse buys. However, a third are not so patient and are only willing to wait two to three days to receive their purchases.

Melanie Darvall, Director of Marketing & Communications at Whistl said: “Today, more and more Brits are used to being able to get hold of anything they want or need at the touch of a button. From adding an extra bottle of wine to your basket at the supermarket to splashing out on a new pair of heels that are 30 per cent off ‘just because’. These types of purchases can soon add up but it’s great to see so many shoppers being savvy when it comes to getting the best prices and quickest delivery.

“Impulse buying has always played a key role in the retail mix and with the rise of online shopping, retailers must offer a seamless experience with easy navigation, fast payment and a choice of delivery options.”