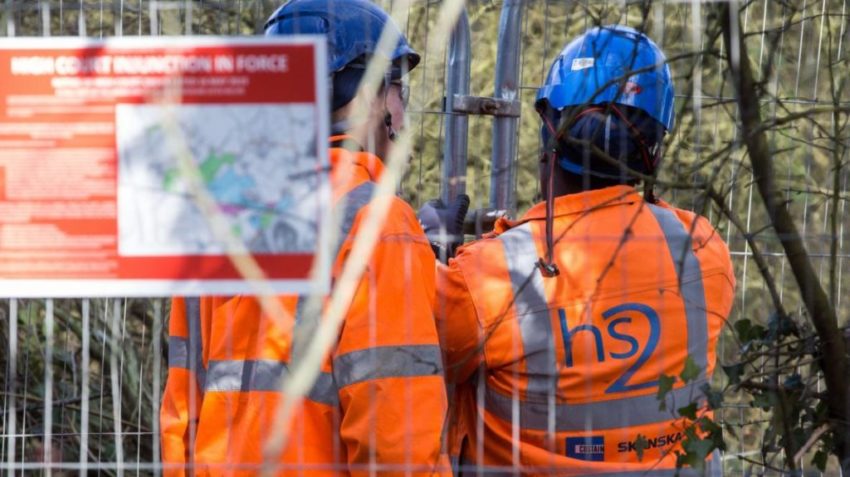 The construction of HS2 is expected to begin within weeks as Boris Johnson has given the scheme the green light.

HS2 Ltd, a government-owned company, has drawn up plans to start building work on the first phase of the line by the end of next month, pending the go-ahead by the prime minister.

Work will then begin on the construction of tunnels, bridges, embankments and viaducts along the 140-mile route from London to Birmingham almost a year after it was due to start.

The National Audit Office said last month that a failure to start work by March 31 would put the existing schedule at risk. Construction can only be done at certain times of the year due to the weather and nesting seasons of birds and bats along the route.

Mr Johnson will announce his decision on HS2 today alongside the publication of a review led by Douglas Oakervee, the former chairman of HS2 Ltd.

A leak of the report, which was commissioned in August, showed that Mr Oakervee believed costs would be “around 15 to 20 per cent higher” than those set out by HS2 Ltd in the autumn. The company previously estimated that the line to Leeds and Manchester would cost £88 billion at 2015 prices, suggesting that the final bill could now be up to £106 billion. It will be far higher after accounting for inflation.

Mr Oakervee said that the review “strongly advises against cancelling the scheme”, pointing out that there was “no shovel-ready alternative” to HS2.

Mr Johnson will give the go-ahead to the main first phase while delaying the second leg north of Birmingham to Manchester and Leeds to ensure the existing plan is cost-effective.

Legislation for the second leg is yet to be brought before parliament. It gave the first phase formal approval in 2017. Building work was due to get under way last summer before being put on hold, although advanced preparatory work has taken place along the route. Mr Johnson’s decision today will lead to the signing of the notice to proceed.

Sajid Javid, the chancellor, defended the delay in taking a decision on the project. “The costs were out of control, and it’s right that we took a fresh look as a new government,” he told Sky News.

Harry Fone, of the Taxpayers’ Alliance, described it as “a massive blow to the taxpayers of today and tomorrow who will be left paying for the HS2 white elephant”. He said: “The business case for HS2 was flawed from the start, offering little benefit to anyone outside the big cities, and nobody can comfortably say what the final bill will be.”

Andy McDonald, Labour’s shadow transport secretary, said that HS2 had been “appallingly mismanaged” by the Conservative Party. He called for the railway to be integrated with Crossrail for North – a proposed improvement in services between Hull and Liverpool. He also suggested that the railway should be extended to Scotland in a bid to “remove the need for domestic flights”.