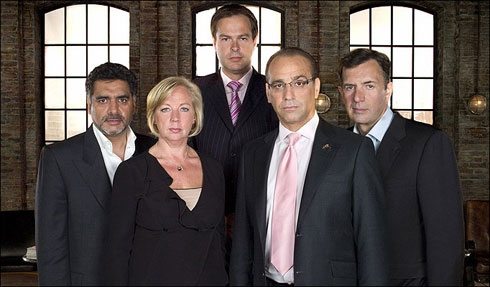 The two business parters, pitching the idea, Stuart Archbold and Andrew Leslie, claimed that their storage system was key to the future of grocery delivery as it would allow goods to be dropped off and left for many hours before a customer returned home and had already spent almost £1m on their idea.
The idea: Deliveries received into your Shopbox whilst you are out
However, a row quickly erupted about the validity of the patent they had secured. I argued that there was nothing to stop other people from copying the idea to put a chip in the box to control the temperature. Later in the show it turned out the pair did have a patent for the product – but this was lost in the pitch and was a key reason why I pulled out of the investment.
But there are some crucial lessons that anyone with an invention can learn from this. Firstly, I’ve checked with a patent lawyer and the vital thing to remember is that it’s impossible to patent a concept or an idea only. A patentable invention must have technical features which together with the application are new and innovative.
You don’t need to have the finished article, though that always helps, but at least be able to supply sufficient technical information to prove that it can be made or used, or if it’s a method carried out. Crucially, there must be some previously unseen, ‘inventive step’ that marks the product out as unique.
If all these things are in place, the patent will play a vital role in preventing other people from creating something identical that carries out the same function and takes away from your business.
The process of applying for a patent should force entrepreneurs to consider their unique selling points and understand their place in the market before protecting their product.
That’s why I was so surprised when the owners of Shopbox said they had a patent for their concept and fellow dragon Peter Jones even appeared to agree. Peter knows as well as I do that you can’t acquire a patent for a concept alone.
Despite it becoming apparent that the duo did, in fact, hold a patent, I am afraid I would still question its value, however, and ask whether it covers that vital ‘inventive step’.
Business owners must get a patent that covers their product’s unique selling point but is not so narrow in its definition that a competitor could enter the market with a slight variation.
In the case of Shopbox, for example, a patent claim broadly defined in terms of a ‘container for groceries’ would be vulnerable to challenge. A claim protecting a technical feature of the container, such as the mechanism used to maintain a constant temperature inside, would be far more robust.
Inventors need to know that they can’t get a patent simply for a concept, and only a robust patent will offer any protection against competitors. I know of a dozen operators who claim to have a patent for a treadmill – and all of them compete in the same market and fight for the same business.
If you do apply for a patent, make sure it does the product justice and protects your unique selling point.
Duncan Bannatyne is the founder and chairman of Bannatyne Fitness and author of How to Be Smart with Your Time, is out now.
You can follow him on Twitter @duncanbannatyne