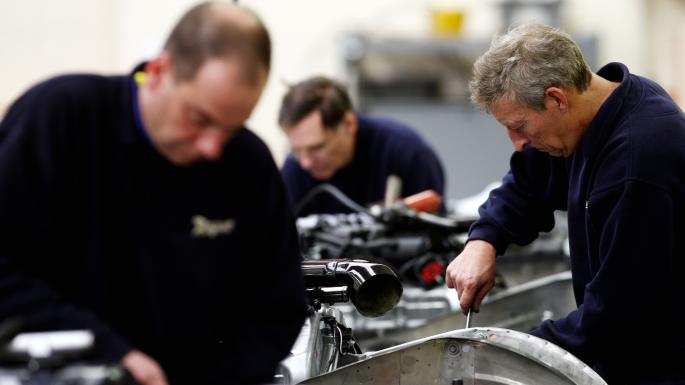 Business confidence has recovered to its highest levels since January because of growing optimism about the outlook for the economy and the prospect of Brexit clarity after the general election.

While consumer confidence is stuck in negative territory, business confidence has risen for the third consecutive month, according to the Lloyds Bank Commercial Banking Business Barometer. Confidence rose by three percentage points to 9 per cent.

The survey, based on responses from 1,200 companies, suggests that firms are hoping that the election will bring some clarity on Brexit. Business concerns about leaving the EU eased to -16 per cent in November, the least negative since January. A net balance of 22 per cent of businesses said that leaving would have a positive impact on trading, up from 19 per cent in the previous month, while 38 per cent said that it would have a negative impact.

Twenty-eight per cent expected to increase employment in the next year, while those anticipating a reduction fell by one point to 23 per cent.

A separate survey by GFK showed that consumer confidence is still suffering. Its consumer confidence index held firm at -14 in November. It has been in negative territory since March 2016. Attitudes about the economic outlook over the next year remained negative but improved three points to -34.

Confidence is a closely watched metric because consumer spending accounts for almost two thirds of national output, so rising caution can be a precursor to a slowdown. With national growth already fragile and manufacturing in the midst of a downturn, the economy is becoming more reliant on domestic demand. A sharp downturn in consumer confidence, therefore, could have damaging consequences.

GDP rose by 0.3 per cent in the third quarter, after falling by 0.2 per cent in the second. Surveys indicate that output could fall again in the final quarter. An IHS Markit purchasing managers’ index showed business activity in the dominant services sector falling to 48.6 this month, down from 50 in October and its lowest level since July 2016. Any reading below 50 indicates contraction.

Joe Staton, from GFK, said: “In the face of Brexit and election uncertainty, consumers are clearly in a ‘wait and see’ mode. The score for the general economy over the coming year has ticked up and this is possibly an indication that some consumers believe the election might clear the Brexit deadlock.”