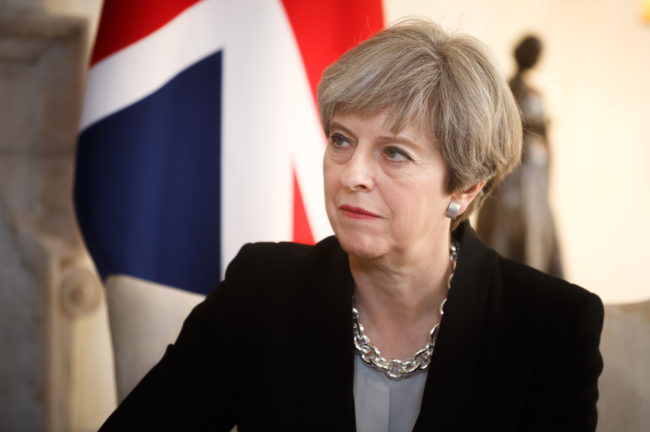 Business owners are at their most confident for a year amid signs Theresa May will negotiate a favourable Brexit deal with the EU, a survey has revealed.

A survey by the Institute of Directors has found their menbers are more upbeat than at any time since the Prime Minister triggered Article 50 in March 2017.

It comes as a new report by the Commonwealth Secretariat suggests that Britain could strike bumper trade deals with old allies around the world.

The study on trade found that members of the 53-state partnership headed by the Queen tend to trade 20 per cent more and generate 10 per cent extra investment between themselves than with outsiders.

It added that the group of mostly former British Empire nations, which are home to 2.4billion people, traded almost £400billion of goods and services with each other in 2016.

This will nearly double in the next few years, the report claimed. The study said that members of the Commonwealth tend to be less protectionist than other nations and that Brexit presents an opportunity to strengthen ties.

Mrs May has already received a boost from Canadian premier Justin Trudeau who said he would be happy to open talks with Britain ‘the day after’ the country leaves the EU.

He told The Times that the EU’s free trade agreement with Canada, known as Ceta, should be seen as the starting point for negotiations with the UK.

After Brexit, he said, the UK and Canada will be able to negotiate an ‘even better or larger’ trade deal.

Meanwhile, a separate survey by finance company Bibby Financial Services found that confidence at small and medium companies rose to its highest level since the second quarter of 2015 when the bill for an EU referendum was first unveiled in the Queen’s Speech.