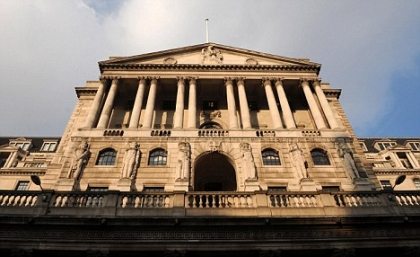 Lloyds Banking Group is thought to have agreed to expand business lending by £1billion in recent days, but this would do little to tackle the overall contraction in the market.

Banks are pulling in their horns as they try to rebuild profit margins and reduce their balance sheets. But soaring debt defaults in the corporate sector are adding to the pressure on their finances.

Corporate write-offs doubled in the first half of 2009 compared with the same period last year, yesterday’s BoE figures showed. In the second quarter alone banks wrote off £3.6billion of loans, including mortgages and credit card debts.

The dismal state of the credit markets will come as an acute disappointment to the Bank of England, which is immersed in a £175billion money-printing programme.

Yesterday’s figures suggest that despite the BoE’s efforts, banks are hoarding liquidity rather than bolstering lending. Making matters worse, over £15billion of the cash generated through quantitative easing appears to have leaked abroad to overseas investors, the data suggests.

Vicky Redwood of Capital Economics said: ‘The weakness of bank lending will act as a severe constraint on the overall economic recovery.’