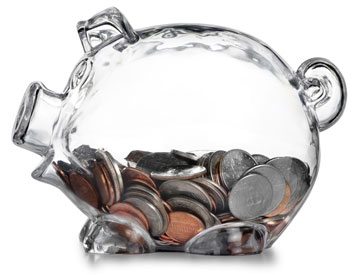 It urged action to address both artificially high deficit figures, driven by low gilt yields, and a potentially significant hike in the cost of the Pension Protection Fund (PPF) to businesses.

The Bank of England’s necessary Quantitative Easing (QE) programme and the relative attraction of UK Government debt over that of some Eurozone countries have driven down gilt yields. As gilt yields are used in valuing the likely cost of future pensions, this has pushed deficits up, even though there has been absolutely no change in the underlying funding position.

At the same time, companies’ PPF levies could rise by up to 25 per cent next year. This would be a potential “double whammy” for businesses running defined benefit pensions, who already contribute £36bn a year to these schemes.

John Cridland, CBI Director-General, said: “A solvent, profitable company as sponsor is the best protection for a pension scheme and its members. Artificially high deficits will only hold businesses back further from investing and creating new jobs because of demands for higher funding from trustees.

“A move of the gilt yield by just 0.4 per cent, can add up to £100bn in costs to business, despite nothing about the scheme or the employer having changed. This makes no sense – pension schemes have liabilities that run for a century or more and can afford to be more long-term.

“We’re urging the Government to act to address this important issue by taking three steps: stop the rollercoaster deficits by smoothing the measure of the gilt yield for businesses; halt a possible 25 per cent rise in PPF levies next March; and ensure the Pensions Regulator takes account of businesses’ ability to grow.”

To address the rising costs of defined benefit pensions, the CBI proposes:

On a more accurate method of calculating the pension liabilities, Mr Cridland said: “Using spot rate marked-to-market valuations to calculate defined benefit pension liabilities doesn’t make sense, especially given the length of time employers pay into a pension. Introducing smoothing – over a number of years – in the discount rate would better reflect the long-term nature of pensions and allow for countercyclicality.

“Other countries are ahead of us in this, with Denmark, the Netherlands and the US already taking action to spread the value of the return, rather than at a single point in time, and reflect the long-term nature of the scheme.

“Another possible solution would be to ask an independent body, such as the Office of Budget Responsibility, to set a discount rate. This could be based on the gilt rate, but with adjustments to allow for cyclical factors, like the current economic circumstances.”