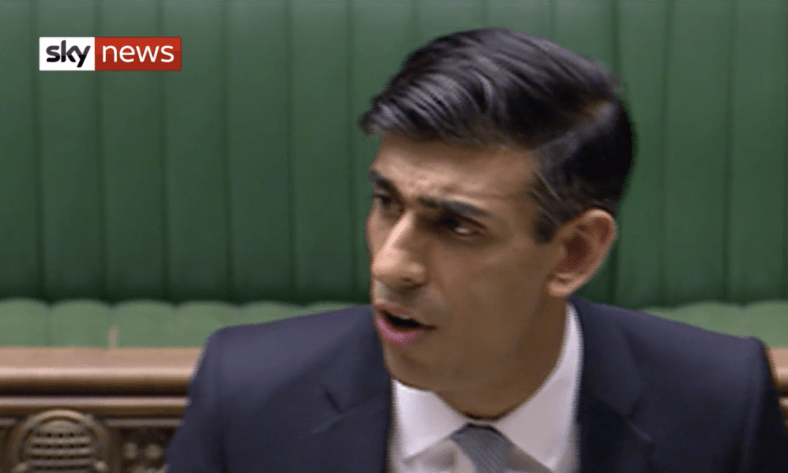 The chancellor warned of “profound economic challenges” as he unveiled a £30bn package of measures to tackle the crisis with his announcement being met with decided mixed views.

Bosses have broadly welcomed Rishi Sunak’s £30 billion emergency package for businesses, but have warned that more direct support is “urgently” needed to kickstart the economy.

The chancellor set out plans to “protect, support and create jobs” and to prevent an unemployment crisis from blighting the prospects of a generation of young people.

His sweeping support package includes a temporary VAT cut for the hospitality sector from 20 per cent to 5 per cent until January and an “eat out to help out” discount scheme for diners in August. In a boost for employers, companies will receive £1,000 for each furloughed worker on their books in January. Mr Sunak also scrapped stamp duty on homes up to £500,000 until March and announced a £2 billion fund to decarbonise buildings.

Victoria Price, EY partner and EY Entrepreneur of the Year leader in the North, said: “Today’s announcements around employment will be critical to SMEs. While the furlough scheme has provided a lifeline, it also put potential significant increases in unemployment on ice. The decision for the job retention scheme to continue to unwind will have important implications for many SMEs who will have no choice but to reduce headcount.

“However on the flip side, important developments including the ‘Kickstart’ youth jobs scheme and the government’s traineeship announcement, will provide SMEs with critical cash for training and employment of young talent. These could be a good opportunity for SMEs to bring people onboard in a cost-effective way.

“The new Jobs Retention Bonus is also a positive move for SMEs and will encourage businesses to make decisions on their workforce with conviction. However, the absence of any measures or support for the childcare sector may limit the ability of businesses to bring people back from furlough, and could disproportionately impact the UK’s female workforce.”

However Gina Broadhurst, co-founder of the #ForgottenLtd Campaign for small limited company directors, was critical of the schemes announced saying: “It makes no sense for the Government to reward companies for bringing employees back from furlough or creating new apprenticeships if those same companies are going out of business.

“The Government’s strategy is premised on businesses remaining solvent, but hundreds of thousands of small business owners employing millions of people have received zero support and are on the verge of collapse.

“For them, the Chancellor’s silence was deafening. While the cut in VAT for the hospitality industry is to be welcomed, as are the job creation and apprenticeship schemes, millions of small businesses are still missing out on support.

“Small businesses have been abandoned by this Government. They have been locked out of Government support. The #ForgottenLtd are not multi-millionaires, they are your local hairdressers, electricians, plumbers and gardeners. They do not have resources to sustain their businesses indefinitely. Every day we hear of small businesses folding.

“The cracks in the Government’s support packages are getting wider. And at this rate more businesses will fall into them, never to be seen again.

“Rishi Sunak says ‘No one will be left without hope’ and yet he has left two million #ForgottenLtd small family business owners, who between them employ 7.5million people, without hope.

“The Chancellor talks about ‘endurance’ being a value that we need to embody now, but the gaps in his policies are testing small family businesses to the limit, threatening their survival and forcing them to make their staff redundant.

“He has left #ForgottenLtd small businesses with no income support, no work and no grants for over four months.”