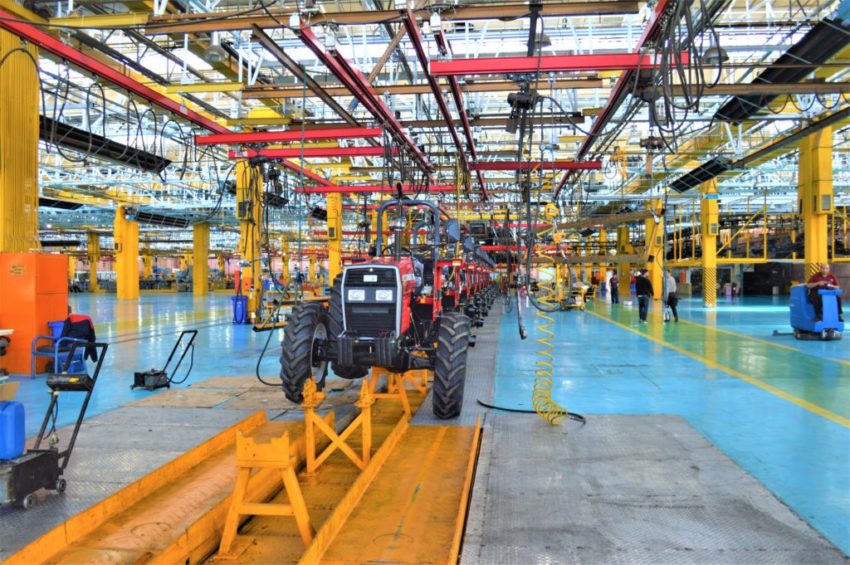 The latest quarterly industrial trends survey from the CBI, the business lobby group, found a positive balance of optimism among businesses in manufacturing of 23 per cent, a huge turnaround from the -44 per cent recorded in the last quarterly survey in October, when Boris Johnson was struggling to secure a Brexit deal. It is the largest quarterly swing since the survey began in 1958.

The findings reduce the chances of the Bank of England’s monetary policy committee cutting interest rates at its meeting next week. Until this week financial markets had estimated a two in three chance of a cut in rates from 0.75 per cent to 0.5 per cent. However, encouraging job figures on Tuesday and the CBI survey have cut the chances to less than 50 per cent.

The optimism among manufacturers is the highest the CBI survey has recorded since April 2014, when David Cameron was in government and no referendum on Britain’s membership of the EU was on the agenda.

Anna Leach, the CBI’s deputy chief economist, said: “It’s clear manufacturers are entering the new year with a spring in their step. Firms are now planning to invest more in plant and machinery, which ultimately will help to increase capacity and output.”

However, of the 300 manufacturers surveyed, only 19 per cent reported a growth in output and 33 per cent said that production rates were down, giving the survey a -15 per cent balance. For new orders the figure was -21 per cent, while headcount came in at -16 per cent. A net 20 per cent of manufacturers reported rising costs.

Phil Burns, UK Managing Partner, Clearwater International, said: “The rebound is the biggest on record since the CBI began monitoring it back in 1958.

“Indeed, our own polling of top SME decision makers around Europe showed while slowing global growth and Britain leaving the European Union top the list of concerns, businesses are overwhelmingly optimistic about the wider macro-economic picture, as well as their own prospects.

“While trade disputes, Brexit and the state of the global economy often steal the headlines, they are not front of mind for many SMEs. Top decisions makers say recruiting skilled staff is the biggest challenge facing European SMEs at the moment. Following that, maintaining market position and finding new customers is the biggest concern.

“These findings suggest that while Brexit is on the minds of many, most are not in fact that worried about the prospect of the UK leaving the EU.”