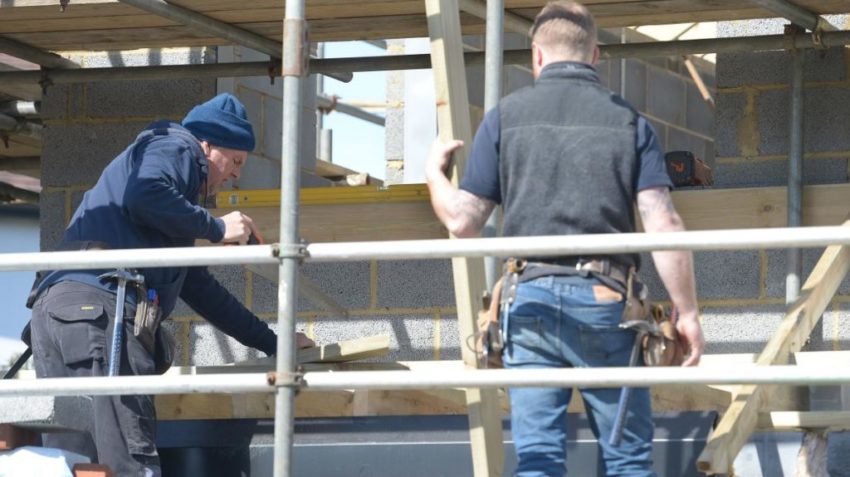 IHS Markit’s purchasing managers’ index for the sector dropped from 52.6 to 39.3 in March, the lowest reading since April 2009 and well below economists’ forecasts of 44. The 13-point fall was the largest recorded since records began in 1997.

The figures add to the dismal outlook for the UK economy, following similarly downbeat surveys for the manufacturing and services sectors. IHS Markit’s all-sector PMI, which covers all three sectors, fell to 36.3 in March, another record low.

“The incoming data continue to confirm that the UK is destined for the sharpest fall in economic output for over a century in the second quarter,” he said. “We already knew that the composite PMI, which covers the services and manufacturing sectors, hit a record low in March. And today we found out that social distancing has also put the handbrake on construction activity.”

Capital Economics said that the economy was on course to shrink by 15 per cent in the second quarter.

Analysts warned that business surveys were likely to deteriorate further in April as the full impact of the government’s containment measures came into view. Across the eurozone, construction activity plunged from 52.5 in February to 33.5 in March, the steepest decline since February 2009, during the financial crisis.

Although the construction industry has not had to contend with the same stringent restrictions as other sectors, the findings indicate that it is far from immune to the general economic slowdown. Construction work is still allowed to go ahead but there has been much confusion about the official guidance, which urges workers to stay two metres apart where it is safe to do so.

Construction firms said that they suffered a drop in new orders as well as disruption linked to their efforts to comply with the official guidance amid widespread protests from workers.

Samuel Tombs, economist at PantheonMacroeconomics, said: “Activity in the construction sector reportedly has dropped at its fastest pace since April 2009, even though the government has not forced building sites to close, provided workers observe social distancing rules. It seems that staff protests and the furloughing scheme have persuaded many construction companies to pause projects.”

The disruption took its toll on all parts of the industry. Civil engineering suffered the sharpest fall, with the index dropping to 34.4. Commercial building fell to 35.7, while housebuilding dropped to 46.6. Business confidence for the year ahead slumped to its lowest level since October 2008 and companies cut jobs at the fastest rate since 2010.

Tim Moore, economist at IHS Markit, said: “Survey respondents widely commented on doubts about the feasibility of continuing with existing projects as well as starting new work. Construction supply chains instead are set to largely focus on the provision of essential activities such as infrastructure maintenance, safety-critical remedial work and support for public services in the weeks ahead.”

Although the immediate outlook for the construction industry is bleak, Mr Tombs stressed that it would recover relatively quickly. “If, as we expect, banks largely maintain the supply of credit to the economy and the government follows through on its plans for much higher levels of public sector investment, the construction sector should see a much swifter recovery than after the 2008/09 recession, when it took seven years for output to return to its prior peak,” he said.