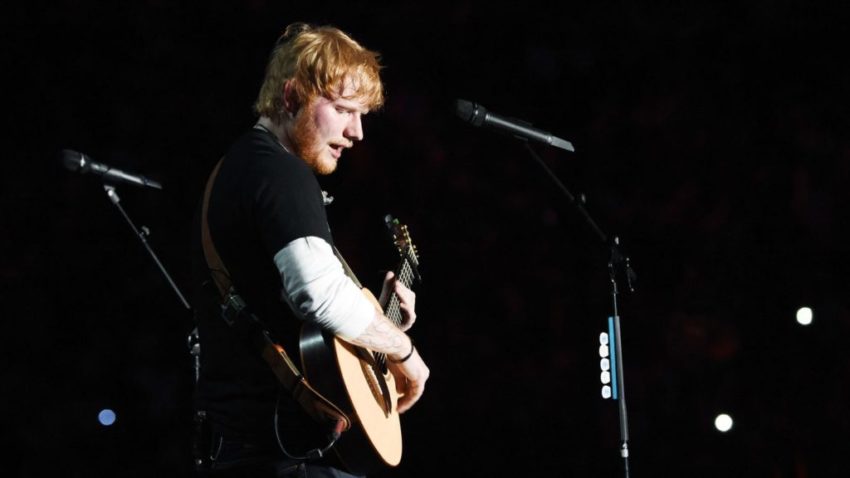 Two ticket touts who made millions of pounds from reselling pop concert seats at inflated prices are facing jail today.

The touts were convicted in a landmark trial with the help of singer Ed Sheeran and his manager after they discovered a £75 ticket for one of his charity shows was on sale for £7,000.

Peter Hunter and David Smith, a married couple, used computer software and multiple identities, to scoop up sought-after tickets at face value as soon they were officially offered online.

Their use of technology meant that, unlike individual ticket buyers, they didn’t have to continually refresh their online applications during an initial selling frenzy – the computer software did it for them at great speed.

The pair were convicted of fraud after breaching restrictions that banned resales and limited the number of tickets available to individual fans. They bought 1,000 Ed Sheeran tickets from official, primary ticket websites and sold them at higher prices through secondary sites.

“I don’t think anyone actually bought that ticket, but it’s that sort of criminality and greed we were facing, a mass harvesting of tickets. It was the Teenage Cancer Trust show at the Royal Albert Hall and we did it for free.

“We want the money to go to the right people and if someone wanted to pay £7,000 and give it to the charity then I’m delighted, but you know that wasn’t the case. I don’t think there was any noble intention.”

It caused some problems for Hunter and Smith, but they were cashing in with other artists. By buying hundreds of tickets they reduced the number available to genuine fans and, in doing so, drove up demand and prices.

They bought nearly 500 tickets when the hugely-popular Harry Potter And The Cursed Child play opened in London’s West End. Other shows they targeted included the Last Night Of The Proms and the Edinburgh Military Tattoo.

Hunter, 51, and Smith, 66, ran what they insisted was a legitimate business from their north London terraced home. They boasted thousands of positive reviews as a trusted source of tickets.

They bought tickets at a face value of around £4m and sold them for £10.8m, a jury was told during a three-month trial at Leeds Crown Court.

They bought them from official websites Ticketmaster, See Tickets and AXS. Then they sold them on secondary sites Viagogo, StubHub, Getmein! and Seatwave.

Dr Stephen Davies, of the Institute of Economic Affairs free-market think-tank, said the men’s use of deception to buy hundreds of tickets was rightly judged illegal. But, otherwise, he argued that ticket touts perform a vital economic function.

He said: “They are brokers essentially, middlemen, and they have been around for hundreds of years. What they do is to ensure the goods in question, in this case tickets, end up in the hands of the people who want them most and are prepared to pay the highest price for them.

“This is in economic terms a market efficient outcome. Nobody is actually forced with a proverbial or metaphorical gun to their head to pay £7,000 for an Ed Sheeran ticket.”

Stuart Camp said: “It’s purely about mark up and lining their back pockets, it’s not providing a service, it’s just hindering a decent service being made to the consumer.

“It’s always remiss to wish anyone to have their liberty taken away, but I think a sign needs to be sent out to people that this was a criminal act, not just a slap on the wrist, and I’d be happy if there was a custodial sentence.”

Hunter and Smith are on bail and are due to be sentenced later today. The judge told them after their conviction that jail was one of his options.