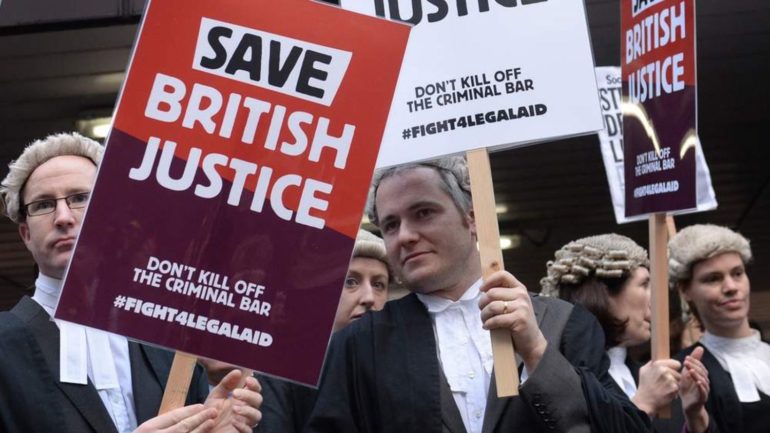 Criminal barristers have threatened to take action over a pay row with the Crown Prosecution Service (CPS).

Barristers are expected to walk out of trials or refuse new work, the Criminal Bar Association (CBA) found 94.83% of Barristers will take action over their rate of pay to achieve changes.

Rates of pay have not changed in 20-years and they can earn as little as £46.50 for a days work preparing for complex court cases, this is less than the minimum wage according to the CBA.

“The current relationship with the CPS is broken.

“95% are prepared to walk out or refuse to take cases if the DPP (Director of Public Prosecutions) refuses to fix it.

“There has been no investment for 20-years, nothing, it is unsustainable to carry on like this.

“The public would be appalled if they knew how bad things have become, change is needed immediately.

“These astonishing responses from frontline prosecutors, from the most experienced QCs to the most junior barristers in the early stages of their careers, show how broken our criminal justice system has become.”

“The Crown Prosecution Service has been battered by savage cuts to its budget and lacks the capacity to deal with increasing numbers of complex cases.”

The Chair of the Bar, Richard Atkins QC said, “One of my priorities for 2019 is to ensure that those members of the Bar who do publicly funded work are fairly and properly remunerated.

“The many barristers who are instructed by the Crown Prosecution Service perform a vital public function, without whom the system of justice in this country would not operate.”