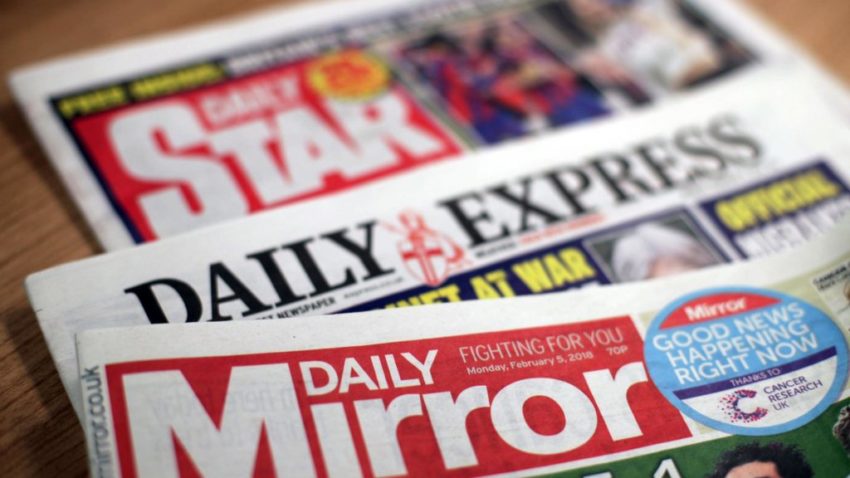 The owner of the Mirror, Express and Star national newspaper titles is in talks to acquire parts of the rival publisher behind the i and The Scotsman.

Reach, which changed its name from Trinity Mirror last year, said yesterday that it was looking at “certain of JPI Media’s assets”.

JPI was put up for sale in May by its bondholder owners about six months after the debt-ridden company was bought out of administration.

It is one of the largest local newspaper groups and owns more than 200 local and national newspaper titles, which include The Yorkshire Post and The Portsmouth News. 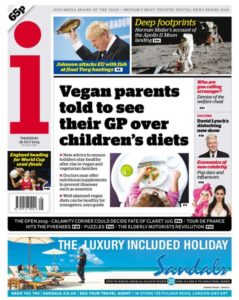 The i, launched in 2010 as the sister newspaper of The Independent, is considered the most desirable asset in JPI’s portfolio. The i was acquired from ESI Media, publisher of the Evening Standard, in 2016 for £24 million.

Reach did not state which titles it was interested in buying, but said: “The board . . . confirms that it is in early stages of discussions in relation to acquiring certain of JPI Media’s assets . . . There can be no certainty at this stage that these discussions will lead to an agreed transaction.”

The talks were first reported by Sky News, which said that Reach had submitted an indicative offer for JPI.

The industry continues to face big pressures and changing trends with the decline in print advertising and circulation and the growth of digital news.

The local press has been hit hard and has been cutting costs and jobs. Circulations continued to fall nationwide for regional daily papers in the second half of last year, according to ABC figures.

Reach, led by Simon Fox, 58, the former boss of HMV, bought the Express and Star national newspapers and OK!, the celebrity magazine, from Richard Desmond, the newspaper tycoon, for £200 million in February last year.

In May Reach posted revenues up by 4.4 per cent over the four months to April 28. They fell by 6.4 per cent on a like-for-like basis.

JPI, formerly known as Johnston Press, was acquired by its creditors, including Goldentree Asset Management and Fidelity, in a pre-pack administration process in November. The lenders injected £35 million of cash into the group, wrote off £135 million of debt to £85 million and offloaded liability for its pension scheme.

JPI declined to comment on Reach’s announcement. David King, chief executive, told staff it was “in a formal process to explore the sale of the business” but was “in the meantime . . . accelerating our transition to a digital business”, including introducing subscriber registration and payment to some titles. Shares in Reach fell 1¼p to 79¾p on the London Stock Exchange, valuing the company at £238.8 million.