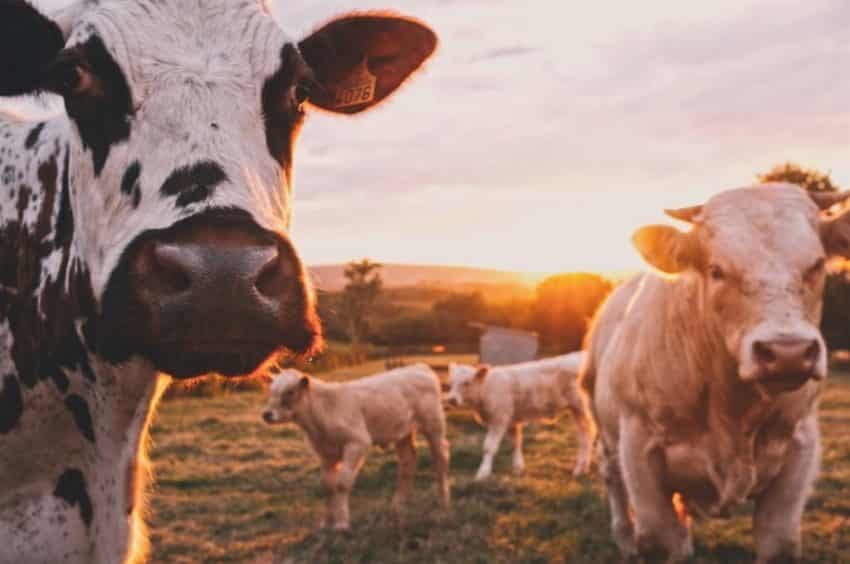 The purchase of Lion Dairy & Drinks is set to give Beijing part-ownership in a host of Australian household brands in the sector, including Pura, Dairy Farmers and Moove flavoured milk.

The deal will be China Mengniu’s second Australian dairy buyout in as many months, as the company also recently received approval from Australian authorities to buy infant formula producer Bellamy’s for $970 million. Owning both Australian companies, Chinese dairy giant Mengniu says, will give the firm a “stronger foundation” to boost its standing throughout the Asia Pacific region and offset local supply concerns.

The Lion purchase also highlights a broader trend in the dairy industry. China, historically not a major consumer of dairy—in part due to the fact that as many as 90% of Chinese adults are lactose-intolerant—is rapidly growing enamoured of dairy products, making the fortune of national dairy champions and enterprising foreign brands alike.

Lactose intolerance notwithstanding, from yoghurt to newly trendy “cream cheese teas,” China is importing more milk products than ever. Liquid milk imports skyrocketed by 78% in 2014, turning the country into the world’s largest dairy importer. By 2017, selfies of cream cheese moustaches were flooding Chinese social media feeds, while Shanghai’s residents queued for hours to try the latest dairy craze. In a single generation, the average Chinese person has gone from barely touching any milk at all, to consuming about 30 kilograms of dairy each year.

The United National Food and Agriculture Organization has attributed this steep increase in Chinese dairy consumption to “rising incomes, population growth, urbanization and changes in diets,” with diet changes tending to mirror food trends in the West. Indeed, drinking milk is increasingly viewed by Chinese consumers as the healthy option—especially for children born to China’s ever-more affluent middle-class.

Chinese authorities have themselves been a large part in the new dairy push: “I have a dream to provide every Chinese, especially children, sufficient milk each day,” declared then-Premier Wen Jiabao more than a decade ago. Chinese parents have aspired to a dairy diet ever since.

Some companies have been quicker than others to catch on to this surprising new dairy trend. Andrey Beskhmelnitsky, founding shareholder of dairy firm Food Union, addressed the issue with the Harvard Business Review earlier this year.

In 2015, when Food Union made its move into the Chinese market, many outside observers wrote it off as “crazy.” Two years later, the European dairy firm has launched two Chinese processing plants, each with a maximum capacity of 1,000 tons per day, and knitted close partnerships with local milk producers.

With the Chinese dairy sector estimated to grow 10% percent annually to become the world’s largest by 2022, Food Union’s gamble has more than paid off.

Beskhmelnitsky has drawn inspiration from the Chinese government’s focus on the health benefits of dairy and the promotion of dairy amongst children and parents. The innovative marketing campaign with which Food Union has attracted children’s attention is another key factor which allowed it to quickly capture the Chinese dairy sector.

As Beskhmelnitsky explained, “children do not forget cartoons. They are far more effective in terms of brand recognition than mass advertising”. Viewing figures for BabyRiki, aimed at pre-school children, are impressive: Within a week of its platform release on national outlets Tencent Video, iQiyi, Youku, Mango TV and Beva, the show had already surpassed the 25 million views mark. The animated programme has now had in excess of two billion views since its launch on mainland Chinese platforms, and has been complemented by a BabyRiki-themed restaurant and even a toy range.

Askar Alshinbayev, founding principal of Meridian Capital Limited, has highlighted the striking success of Fun Union’s pioneering edutainment series: “Working in partnership with leading Russian animation house Riki Group has enabled us to seize the marketing initiative in China – one of the largest, fastest-growing and fiercely competitive consumer markets in the world. Our innovative animation characters have ensured that Food Union’s healthy dairy brands for children have become an integral part of families’ daily lives and help drive the company’s impressive growth”.

Where Food Union has blazed a trail, a number of other international dairy firms have been following. One such firm is Australia’s The Yoghurt Shop, which expects to almost triple its sales in Asia from 3% to 8% of its business within the first year of operations there.

Like Food Union, The Yoghurt Shop has carefully tailored its products to the Chinese market, producing slightly sweeter yogurts with a wide flavour choice for mainland China and mixing together crumbles and fudges with decadent yogurts for Hong Kong consumers.

Even as Western dairy producers are increasingly turning their sights eastward, China’s domestic dairy industry is growing by leaps and bounds. Chinese firms Bright Dairy and Yili are both rolling out premium yogurt drinks which they are marketing not only to the mainland Chinese population but to ethnic Chinese people living in Malaysia and Singapore as well.

Mengniu, meanwhile, is both scooping up investment—Chinese e-commerce titan Alibaba recently poured some $21 million into an innovative online milk delivery platform owned by Mengniu—and snapping up foreign firms like Australia’s Lion Dairy. It seems increasingly certain that there is no end in sight for China’s unexpected dairy boom.