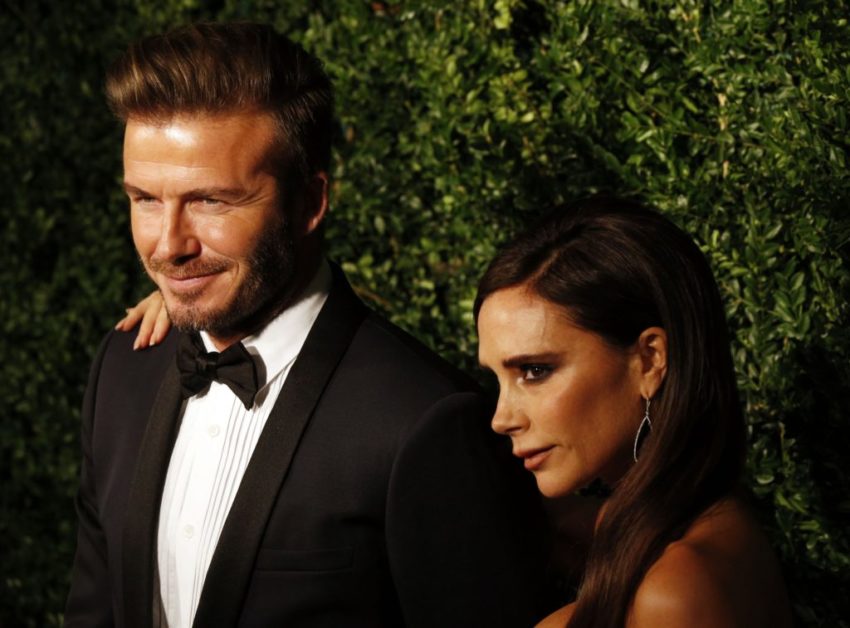 David and Victoria Beckham toasted a bumper payday last year, after banking millions in dividends from their business empire.

Accounts filed over the weekend show that the couple, along with former Spice Girls manager Simon Fuller, sucked £29.9 million out of Beckham Brand Holdings, which looks after Victoria’s fashion sales and David’s image rights.

It comprises an £18.8 million dividend paid out in 2017 and another £11.1 million pocketed after the year end.

But the firm owned by the ex-England captain and his fashion designer and former Spice Girl wife saw a drop in pre-tax profits from £19.9 million to £15.7 million. Turnover, however, was up from £47.5 million to £55.7 million.

As well as the bumper payday for the already wealthy couple, accounts show the difference in success of their respective brands.

Separate filings reveal that Mr Beckham’s business, DB Ventures, booked a pre-tax profit of £26.5 million in the year to December 31.

However, figures out earlier in the month showed that losses at Victoria’s luxury fashion label increased by £2 million as it continued to invest in the business.

The company trades from its website, flagship store in Mayfair, London and in Hong Kong as well as from 400 stockists in more than 50 countries.