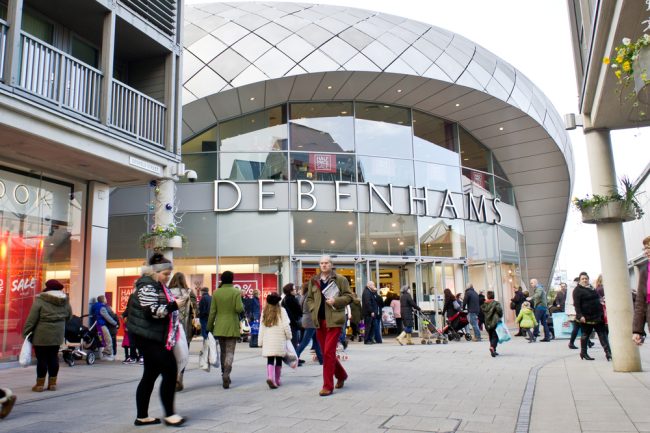 Debenhams has revealed the locations of the 19 stores which are due to shut in the UK this month – resulting in 660 job losses.

The news comes as the department store chain, which entered administration in April 2019 and officially launched its CVA later that same month, faced speculations that it could shut down 20 stores shortly after the Christmas trading period.

The stores which are earmarked for closure are due to shut in the the space of a fortnight as Debenhams presses ahead with its rescue plan.

The closures, starting on January 11, are spread across the country, from Kirkcaldy in Scotland to Eastbourne on the south coast.

This marks the first wave of closures, as Debenhams aims to shut down almost 50 of its worst-performing stores in its current estate of 166.

The next tranche of store closures – 28 stores – are reportedly expected in 2021.

“We are working hard to implement the transformation of Debenhams,” Debenhams chief executive Stefaan Vansteenkiste said.

“Despite a challenging retail environment, thanks to our colleagues’ hard work and our investor group’s commitment we are progressing with our turnaround.”

The store closure locations are:

Debenhams recently appointed the former finance director of House of Fraser, Mark Gifford, and the former Argos boss John Walden, to its board.