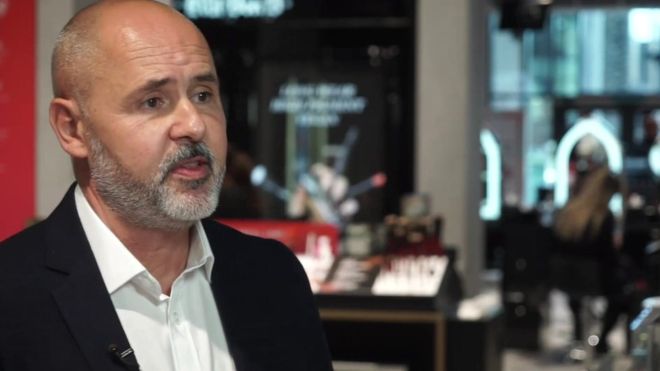 Debenhams boss Sergio Bucher has stepped down following the recent takeover of the struggling department store chain by its lenders.

The retailer was taken over earlier this month as part of an administration process.

Mr Bucher’s departure had been signalled over the weekend and he said on Thursday it was “time to move on, knowing the company is in good hands”.

Debenhams is the biggest department store chain in the UK with 166 stores. It employs about 25,000 people.

Mr Bucher said: “Now that our new financing facilities are in place, it is time to move on, knowing the company is in good hands with a plan that will deliver a sustainable future.

“I would like to wholeheartedly thank all of my colleagues for their efforts and dedication during such a turbulent time, as well as our suppliers, partners and of course customers for their continued support.”

The group of lenders that now owns Debenhams – including banks such as Barclays and US hedge funds such as Silver Point and Golden Tree – have provided the retailer with £200m in funding.

Mr Bucher had already been voted off the retailer’s board after major shareholders, Mike Ashley’s Sports Direct and Landmark Group, had voted against his re-election in January.

At the same time, Debenhams chairman Sir Ian Cheshire was voted off the board and replaced by Mr Duddy, who was the senior independent director until then.

As the search for a new chief executive began, Mr Duddy said: “Debenhams now has a clear path towards a viable and sustainable future and we have Sergio and his team to thank for that.”

Mr Duddy is an experienced retailer having been chief executive of the business that used to own Argos and Homebase until 2014.

Debenhams said the new leadership would carry through the restructuring and turnaround of the business, which had reported record annual losses last year.

Its stores will continue to trade as normal during the initial restructuring process, although some are expected to close in the future.

The lenders took control after Sports Direct – which held a near 30% stake in Debenhams – made several offers to take it over.

However, the final offer of £200m was rejected because it was conditional on Mr Ashley becoming chief executive.

Mr Ashley subsequently described the Debenhams takeover by its lenders as a “national scandal” and called for the administration process to be reversed.