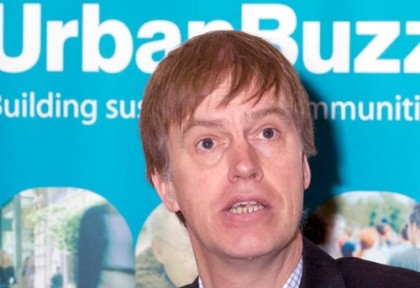 Mr Timms confirmed that some public money will be available to help build the necessary infrastructure to provide this universal service. However for the remotest households, the costs involved – for example, in digging up the streets to lay fibre optic cables – may lead to higher bills.

Campaigners said the dual pricing system would amount to a “broadband tax” on rural residents and urged the Government to work with private companies to ensure everyone had high speed internet access at the same affordable price.

A spokesman for the Country Land and Business Association said: “What we’re campaigning for is everybody should have inexpensive high speed broadband in the countryside and the government should put in place policies that make that possible.

“We think everybody should be paying the same. We don’t think there should be some sort of broadband tax on people in the countryside because they don’t have access that people in the cities do.

The CLA has warned that the emergence of “rural not-spots” – the counterparts of internet “hot-spots in towns – is threatening to suffocate businesses in the countryside and cut residents off from crucial services.

A senior civil servant at the Department for Business, Innovation and Skills commented that the Government’s aspiration was to ensure a choice of broadband providers in every area, creating competition which would help to drive costs down. Costs in different areas should be “comparable”, he added.

Mr Timms, who is also financial secretary to the Treasury, reaffirmed the Government’s commitment to introducing a 50p-a-month tax on telephone landlines in the next budget, despite reported opposition from MPs to the introduction of a new tax so close to the election.

Mr Timms also said that the Digital Economy Bill, to enact many of these proposals, will be announced in the Queen’s Speech and have its first reading before Christmas with the intention that it should receive royal assent before the general election.