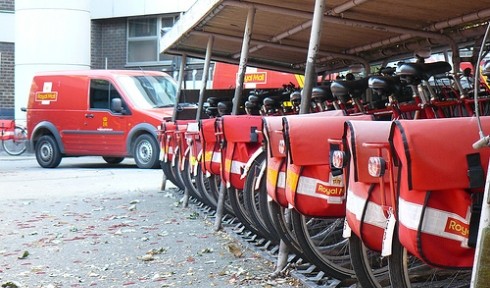 The Royal Mail has put itself in a position where it must bite the bullet and shake up its operations. Its network of depots and delivery offices, each with its own workforce, has become sprawling; increased use of automated systems would make business more efficient and bring the Royal Mail more in line with its European equivalents. A look at Sir Richard Hopper’s 2008 report into Britain’s postal services tells us that, in Europe, an automated process is used to sort letters for a postman’s round in 95 per cent of cases; here, it’s only 70 per cent. In Europe, letters are placed in the correct order automatically in 85 per cent of cases; here, it’s 70 per cent. The need for change is obvious, especially when you consider how emails have revolutionized communication.

No matter how much we sympathize with our clearly hard working and loyal posties we need to consider the competitiveness of the situation. It would be a national disaster if the strike action were to lead to a large reduction in the need for the services of The Royal Mail and thereon to its complete closure. If this happened our post would be delivered by competing private operators which would not benefit either the customer or the loyal staff.

Duncan Bannatyne OBE is the founder and chairman of Bannatyne Fitness and author of How to Be Smart with Your Money; follow him on Twitter @duncanbannatyne