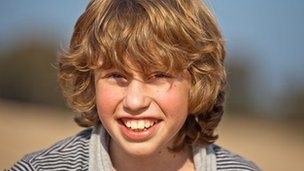 Schoolboy Jurre Hermans from the Netherlands gets a special mention – and a 100-euro gift voucher.

He suggests how Greeks could swap euros for their old currency, the drachma reports The BBC.

Five entries were shortlisted for the Wolfson Economics Prize in the competition to find the best plan for dealing with a eurozone break-up.

Jurre Hermans, whose father helped him with the translation into English for the submission, said he entered the competition because he had become worried about the euro crisis after watching the news.

He wrote in his submission: “I am quite worried about the euro crisis and look at the TV news daily. The euro crisis is a big problem. I think about solutions. Since I read in the newspaper about your prize, I thought that I would like to submit my idea.”

He also likened Greek debt to a pizza.

He suggested that Greeks be incentivised to return euros for debt repayment. If they did not return their euros, they should be fined at least the equivalent of what they held back.

Returned euros would form what he described as a giant pizza of money, slices of which would be handed back to creditors.

The prize sought to find the best answer to the following question: “If member states leave the Economic and Monetary Union, what is the best way for the economic process to be managed to provide the soundest foundation for the future growth and prosperity of the current membership?”

Lord Wolfson, whose family charity is putting up the prize money said “What we are looking for is a way that if the eurozone collapses, contracts [then] people’s debts, mortgages can be managed to cause the minimum amount of pain when the structure collapses and to leave Europe in the best possible position to return to prosperity.”

The news of the shortlist comes as European governments and international bodies continue to discuss how best to keep the eurozone afloat and intact.

The finalists for the Wolfson Prize and their proposals are:

• Roger Bootle and team, Capital Economics – a country leaving the euro redenominates its government and consumer debt into its own currency, which then falls sharply, and the country then defaults on a large part of its debt to bring its debt levels down to 60% of its economic output

• Cathy Dobbs, private investor – the euro disappears, with all holders of euros having their euro claims replaced by claims in the new currencies

• Neil Record, Record Currency Management – if any country leaves the euro, the entire single currency must be dissolved, with plans kept secret for as long as possible to prevent markets from attacking structural weaknesses in other countries

• Jonathan Tepper, Variant Perception – countries should exit by surprise over a weekend, declare an extra bank holiday or two around the date of the exit and stamp the existing currency until new notes are circulated; he argues that currency exits and devaluations rarely lead to “Armageddon”

The Wolfson prize is worth £250,000 and is second in value to the Nobel Prize.