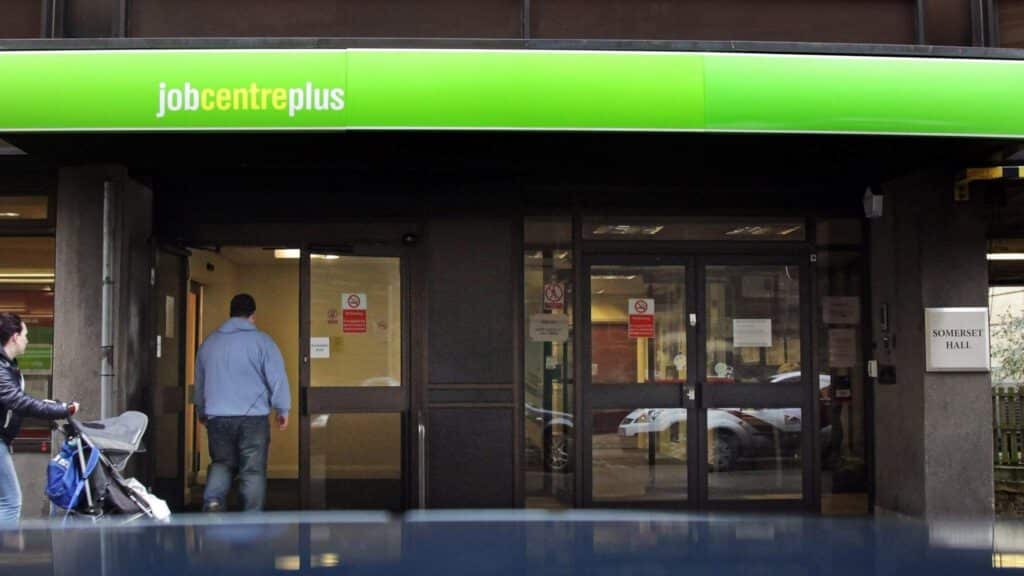 Official data suggests almost two-thirds of a million UK workers have lost their jobs during the coronavirus pandemic amid fears an employment crisis exceeding that of the 1980s is looming.

The Office for National Statistics (ONS) revealed data showing that 649,000 people left company payrolls between March and June – covering the economy’s enforced hibernation to limit the spread of COVID-19.

The figures, taken from HM Revenue and Customs, showed 74,000 fewer people on the PAYE register during June compared to the previous month.

They were released in a week where the Office for Budget Responsibility warned the UK could be facing a jobless rate of around 13% from its current rate of 3.9% as unemployment begins to accelerate despite continuing government support for businesses and their wage bills.

The latest Treasury figures showed 9.4 million furloughed workers were still getting salary support from the Job Retention Scheme. It is due to end in October.

A survey for UK business group the BCC, released on Thursday, supported forecasts of a surge in joblessness by suggesting almost a third of UK firms plan to lay off staff over the next three months.

The ONS data showed the pace of job losses slowed in June, with claims under Universal Credit by the unemployed and those on low incomes falling by 28,100 between May and June to 2.6 million.

But in its commentary, the ONS acknowledged the pace of job losses had since started to pick up.

Deputy national statistician, Jonathan Athow, said: “As the pandemic took hold, the labour market weakened markedly, but that rate of decline slowed into June, though this is before recent reports of job losses.

“There are now almost two-thirds of a million fewer employees on the payroll than before the lockdown, according to the latest tax data.

“The Labour Force Survey is showing only a small fall in employment, but shows a large number of people who report working no hours and getting no pay.”

He added: “There are now far more out-of-work people who are not looking for a job than before the pandemic.”

As economists had predicted, the wider statistics showed a negative picture for pay growth, with average weekly earnings down by 0.3% on an annual basis during the three months to May.

It marked the first such fall since 2014.

Speaking about the announcement Matthew Percival, CBI Director for People and Skills, said: “These figures show serious difficulties for hundreds of thousands of people, but unfortunately this is still only the beginning of the impact on the labour market. Flattening the unemployment curve will remain paramount.

“The Government’s support measures have helped to keep many people in work and businesses running. As some begin to wind down in the coming months there may yet be a need for more direct support, including grants and extending business rates relief. Prevention is always better than cure.

“It will be vital for business and government to work together to successfully deliver the Kickstart Scheme simply and quickly in the autumn to support young people. There can be no time lost in preparing people for the most difficult jobs market in decades.”

James Reed Chairman of employment agency group REED said:“Today’s employment statistics paint a bleak picture of how lockdown has affected the UK’s economy. Even with the government’s recently announced measures to support ‘jobs, jobs, jobs’, the labour market is on a knife edge.  The risk of mass unemployment remains high.

“Hopes of a V-shaped recovery were dashed earlier this week by May’s disappointing GDP figures.  Now the ONS unemployment statistics suggest the UK’s economic trajectory could look more like a game of snakes and ladders.  It’s clear that the road to recovery will be long and that there’ll be lots more ups and downs along the way.

“Nevertheless, green shoots are beginning to appear in different sectors of the jobs market. There were marked increases in Financial services and estate agency roles on reed.co.uk last month, and there are over 10,000 jobs available separately in education and health and medicine. Furloughed or unemployed workers may need to consider their transferrable skills or reskilling and upskilling to adapt to new sectors where the opportunities exist.

“There is no doubt the government has been generous in its job support packages. As we move towards the next phase of economic recovery there needs to be further measures brought in beyond the Chancellor’s summer statement to help speed up jobs growth and protect livelihoods. No options should be taken off the table.  There is a concerted effort to support the sectors hardest hit by the pandemic, and to help train young workers. But more should be done to unleash apprenticeships and increase young peoples’ skills.

“Government and business will need to work constructively and creatively to help support the jobs market – our Keep Britain Working campaign is doing exactly this.  By bringing together business leaders and workers we’re now developing ideas such as reforming National Insurance, improving employment law and expanding research and development that will support the jobs market and help us recover from this economic upheaval.  We must do all that we can to ensure that  jobs, jobs, jobs does not become dole, dole, dole,”