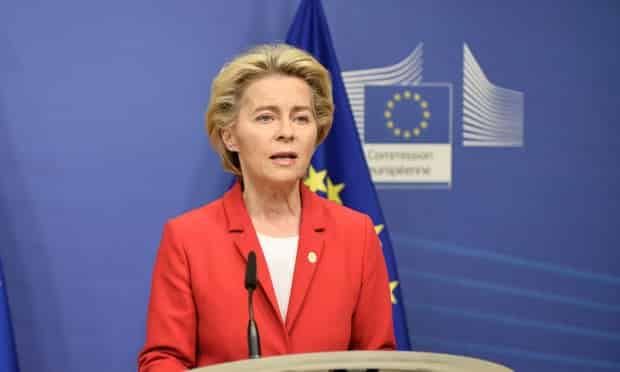 The EU has launched legal action against Boris Johnson’s government over breaching the terms of the withdrawal agreement.

Ursula von der Leyen, the European commission president, announced that the UK had been put on formal notice over the internal market bill, which ministers admit breaks international law.

Brussels had given the prime minister until the end to September to drop the contentious clauses in the draft legislation.

By seeking to unilaterally change the terms of the agreement signed last year with Brussels, Von der Leyen said the UK had failed to live up to its obligations to act in “good faith”.

Von der Leyen said the UK had a month to respond to the commission’s formal letter of notice, which marked the beginning of a formal infringement process.

She added that the bill was a “full contradiction” of previous UK commitments over how a hard border on the island of Ireland should be avoided.

The government has insisted the bill is a necessary “safety net” to protect trade between different parts of the UK.