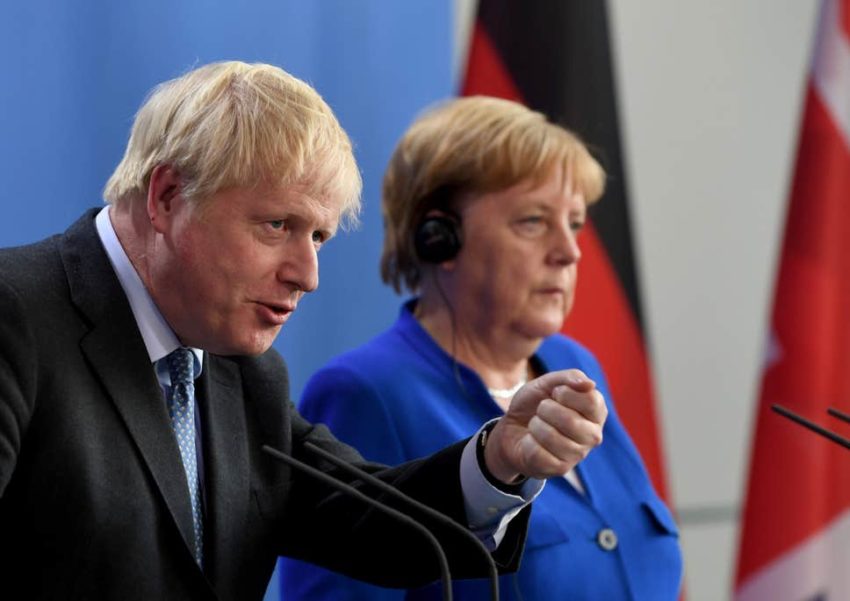 European Union negotiators have demanded more concessions from Boris Johnson as the price of agreeing a Brexit deal at a summit of European leaders on Thursday.

After a weekend of intensive negotiations in Brussels, Michel Barnier, the EU’s chief negotiator, told European ambassadors that Britain’s proposals were not yet acceptable.

He is understood to have told David Frost, Britain’s chief negotiator, that if a deal was to be struck Mr Johnson would have to give further ground on a customs agreement for Northern Ireland.

In a move that will put more pressure on No 10, the EU said that it was prepared to back the plan in principle even if a legal text could not be finalised in time for the summit — provided that Mr Johnson gave ground.

This could lead to the prime minister returning from Brussels with a political deal that could be put to a vote in the Commons on Saturday, with a legal agreement to be finalised afterwards. This would be ratified by an implementation bill that would need to be passed by both houses of parliament.

“It is possible to conclude a deal but that depends on the UK,” one EU source said. “We can work quickly.” Another said that reaching a deal before Thursday would be “very difficult” without a political push from London.

Mr Johnson briefed the cabinet on the latest developments in a 30-minute conference call yesterday afternoon. Sources said that he had not gone into detail about the EU’s explicit demands but had said he believed that a deal was still possible.

A government spokesman said the prime minister had reiterated “that a pathway to a deal could be seen but that there is still a significant amount of work to get there and we must remain prepared to leave on October 31”.

Mr Frost is understood to have presented a plan that would involve tracking goods entering Northern Ireland from mainland Britain and charging different tariffs depending on whether they entered the Irish republic. Mr Barnier told diplomats that the proposals were “untested” and created risks for the single market.

The EU side is understood to be concerned that the arrangement would be complex, open to fraud and unlikely to be operational before the end of the transition period, which is little more than a year away.

It is pushing for a model closer to the original Northern Ireland backstop, in which the province remained effectively inside the EU’s customs union. This would be unacceptable to the Conservatives’ DUP allies as well as to many Brexiteers.

One European Union official said there was “agreement that there shouldn’t be a customs border on the island of Ireland but no agreement on how to get there”. Progress is believed to have been made on allowing a process of consent for the new arrangement. Under a tentative proposal the deal would have to be endorsed by a majority of parties in the Northern Ireland assembly.

Another official said that by Wednesday both sides would have to decide whether enough progress had been made to achieve a deal at the summit. They cautioned, though, that even if an agreement was possible it would probably still require a technical extension beyond the October 31 deadline for a deal to be ratified by both the British and European parliaments.

The mood of pessimism follows raised hopes of a deal last week after a meeting between Mr Johnson and Leo Varadkar, the Irish prime minister. British sources believe that the European Commission and Mr Barnier are much less inclined to make the kind of political compromises needed to reach a deal. Mr Johnson is expected to appeal to Angela Merkel, the German chancellor, and President Macron of France in the next two days.

Mrs Merkel warned the UK last night that it would become a “potential competitor” with the EU in global markets “along with China and the United States” after Brexit. “Europe needs to show what it’s made of,” she said before a dinner with Mr Macron in Paris.

Jean-Claude Juncker, president of the European Commission, told an Austrian newspaper that it would be “unhistoric” for the EU to refuse Britain an extension if it asked for one. A spokesman for the commission said he meant that it would “go against history” to trigger a rupture with the UK.