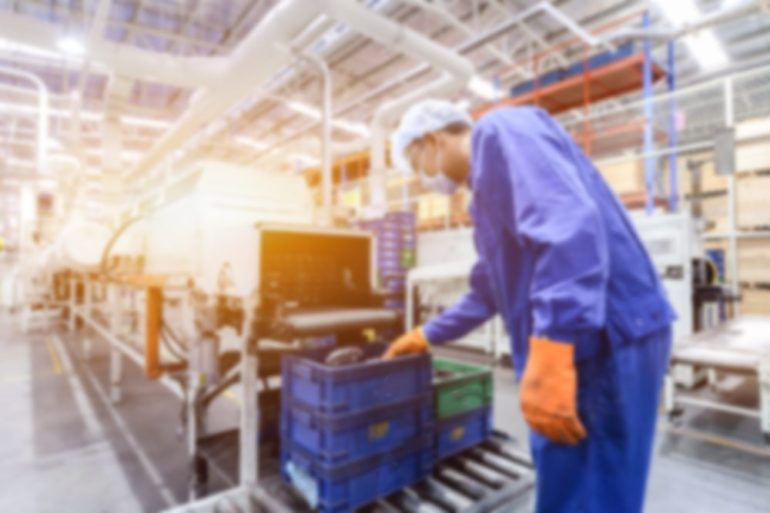 UK factories stockpiled goods for Brexit at an unexpectedly high rate last month, boosting manufacturing growth to a 13-month high, according to a closely watched survey.

The research, by IHS Markit/CIPS, found that the rate of increase in stocks hit a survey record high for the third month in a row.

The Purchasing Managers’ Index (PMI) for the manufacturing sector rose to 55.1 in March, from 52.1 in February.

A figure above 50 indicates expansion.

The PMI has remained above that benchmark for 32 months in a row.

However, Rob Dobson, director at IHS Markit, warned that the boost to the UK economy could prove short-lived.

He said: “Manufacturers are already reporting concerns that future trends could be constrained as inventory positions across the economy are unwound.

“The survey is also picking up signs that EU companies are switching away from sourcing inputs from UK firms as Brexit approaches.

“It looks as if the impact of Brexit preparations, and any missed opportunities and investments during this sustained period of uncertainty, will reverberate through the manufacturing sector for some time to come.”

Samuel Tombs, chief UK economist at Pantheon Macroeconomics, said the rise in the manufacturing PMI in March largely reflected producers rushing to complete work before the Brexit deadline, rather than a strengthening of underlying demand.

He added: “We continue to doubt that precautionary stockpiling for a no-deal Brexit will boost GDP, because manufacturers primarily are buying imports and are tying up cash that otherwise might have been used for investment.

“All told, then, the PMI should not instil any confidence about the near-term outlook for the manufacturing sector.”

A comparable PMI survey for the eurozone suggested that operating conditions for manufacturers in the 19-nation bloc deteriorated in March at the fastest pace for nearly six years.

The IHS Markit eurozone manufacturing PMI fell to 47.5 last month, down from 49.3 in February and the lowest reading since April 2013.

It was also the second month in a row that the figure has been below 50, indicating contraction.

The downturn has hit the eurozone’s three biggest economies. Germany – the bloc’s largest economy – had a PMI reading of 44.1, the lowest for more than six-and-a-half years.

Italy’s PMI of 47.4 was a near six-year low, while France’s manufacturing sector also contracted, having seen some growth the month before.

“The March PMI data indicate that the eurozone’s manufacturing sector is in its steepest downturn since the height of the region’s debt crisis in 2012,” said Chris Williamson, chief business economist at IHS Markit.

“Concerns over trade wars, tariffs, rising political uncertainty, Brexit and – perhaps most importantly – deteriorating forecasts for the economic environment both at home and in export markets, were widely reported to have dampened business activity and confidence.

“Cost cutting has become more evident as firms grow more risk averse, notably with respect to hiring. Job losses were reported in both Germany and Italy, where the downturn in demand is doing the most damage.”