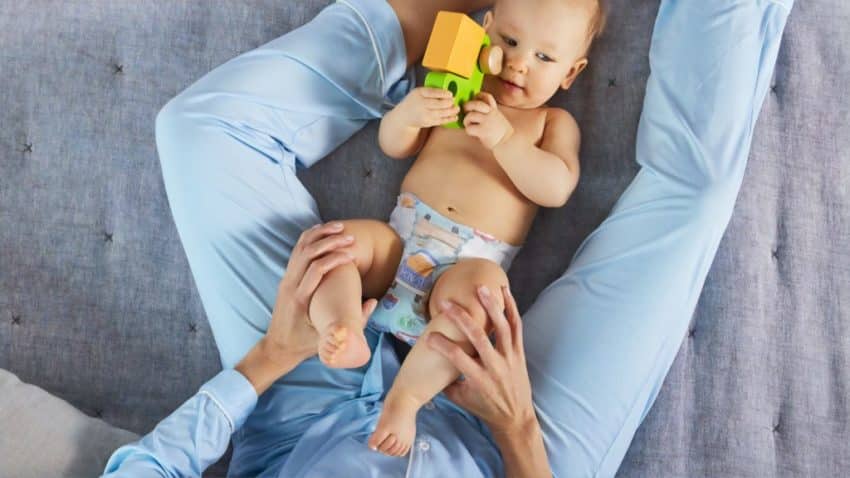 Men feel frustrated in their jobs and discriminated against at work as they want a better balance between work and family life, and they are willing to walk out of employment to get it.

Results of a new survey show men coming up against the same issues that have dogged women’s careers for years. And the evidence suggests men’s mental health is suffering as a result.

One in four dads said they’d had time off work due to mental illness, with a third of those citing the stress of work and home.

Around half of working dads said their career had stalled since they became a father. Almost 70% admitted they feel stuck in their current role because they fear they wouldn’t be able to find another job with the amount of flexibility they need.

That’s hardly surprising given the survey found two in five that applied for a flexible working arrangement were turned down and a quarter felt their line manager did not understand the pressures of juggling work with family life. One in 10 said they’d quit their job after having a flexible working request turned down.

One in five of those with a flexible working arrangement felt discriminated against by managers and co-workers.

The survey of nearly 3000 parents from across the UK showed most fathers are working dads. 46% of respondents work full time and a further 36% said they work full time with some flexibility built in.

For mums the most common pattern was working part time.

However men want more flex. Around half said they don’t have enough flexibility in their current role.

42% cited more flexibility in their workplace as the single thing that would boost their career development, 16% want more mentoring for dads.

A four day week was seen as a potential game changer. Nine out of 10 dads said a four day week would help them balance work and family life better. The same proportion of mums agreed. That suggests last month’s announcement by the Labour party that they would go into the next general election pledging to introduce a 32 hour working week could be a big hit at the ballot box.

The results of the survey also showed younger parents taking more interest in what employers offer families before they apply for or take a job. Around a third said they researched flexible working before applying for their current job and similar proportion said they’d done the same before accepting their current role. 27% asked about flexible working at interview. Remarkably those figures almost exactly match the figures for mums doing the same.

However there are still variations in the sexes experience at work. 60% of mums felt their careers had not progressed since becoming a parent. Far more mothers work part time compared to dads – 43% of mums compared to just four per cent of dads. 80% of mothers felt ‘stuck’ because they were unsure they’d be able to work as flexibly elsewhere, 69% of fathers agreed with the same sentiment.

While one in 10 men said they’d changed job because an employer had refused flexible working for women the figure was much higher at 45%.

And parental leave remains a big point of differential. While most mums took between 7-10 months of leave after having a baby, nearly a quarter of men didn’t even take the two weeks off they’re entitled to by law.

James Millar, editor of workingdads.co.uk, which commissioned the research, and author of the book Dads Don’t Babysit, said: “These results show thousands of dads are suffering and frustrated at work. Yet the answer seems very simple. If more employers embrace flexible working it would improve the lives of all parents by giving the option to find the right balance between work and life.

“More parents are researching what family support is available at the application stage when looking for work. And a growing proportion will change job in search of the right working conditions. Employers who want to attract and retain the best talent must offer flexible working if they want to thrive in the workplace of the future.”

Gillian Nissim, founder of workingmums.co.uk and workingdads.co.uk, said: “Our survey shows how significant flexible working is becoming in job searches. The employers we work with recognise this and have been looking at ways to challenge existing working patterns in order to attract and retain the best talent. As skills shortages become larger in many sectors, employers should take note of the demand for flexible working and the push for greater flexibility, taking into account all the many forms it can come in.”