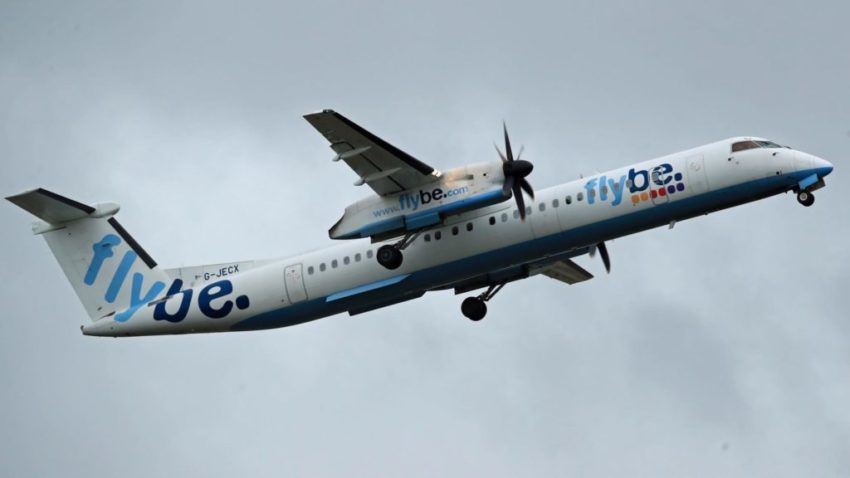 Flybe was saved today after ministers secured a rescue deal to prevent the regional airline’s collapse.

Andrea Leadsom, the business secretary, said that she was “delighted” that an agreement had been reached after three days of rescue talks.

It is understood that ministers have agreed to defer Flybe’s outstanding £106 million air passenger duty (APD) bill until after the winter while it tackles a major cash flow problem.

A possible government loan to the airline, which carries 8 million passengers a year and employs 2,400 people, is also possible although discussions are ongoing.

Additionally, the company’s shareholders have agreed to make fresh investments in the airline, possibly injecting more than £20 million.

In the longer term the government is likely to announce that it will review air passenger duty (APD) – currently £26 for a return journey – on all domestic flights to protect loss-making routes in the future.

Delighted that we have reached agreement with Flybe’s shareholders to keep the company operating, ensuring that U.K. regions remain connected. This will be welcome news for Flybe’s staff, customers and creditors and we will continue the hard work to ensure a sustainable future.

Writing on Twitter, Ms Leadsom said: “Delighted that we have reached agreement with Flybe’s shareholders to keep the company operating, ensuring that U.K. regions remain connected. This will be welcome news for Flybe’s staff, customers and creditors and we will continue the hard work to ensure a sustainable future.”

The British Airline Pilots’ Association (Balpa) said: “This is good news for 2,400 Flybe staff whose jobs are secured and regional communities who would have lost their air connectivity without Flybe.

“Balpa looks forward to discussing the airline’s future plans in detail with management, meanwhile passengers can be confident that Flybe remains an excellent choice for regional flying.

“The government is to be applauded for stepping up to the plate to help one of the few remaining independent UK airlines and a vital one at that.”

The potential loss of Flybe would have been seen as a huge blow to the industry and left large numbers of airports short of vital connections. Flybe is the biggest regional airline in Europe and carries more than half of UK domestic flights outside London.

Figures show that it accounts for the vast majority of flights from airports including Anglesey, Southampton, Belfast City, Exeter and Newquay. It also makes up more than a third of flights at Jersey, Cardiff, Guernsey, the Isle of Man, Teesside, Humberside and Aberdeen.

Paul Holmes, the Conservative MP for Eastleigh, told the Commons that 94 per cent of flights out of Southampton were operated by Flybe “meaning that any loss of service will have a detrimental impact to the local economy and jobs”.

Speaking earlier, Boris Johnson said the government was “working very hard to do what we can” to save the airline but he warned that there were “limits” to what it was allowed to do to help individual companies. Ministers refused to step in with a rescue package to save Thomas Cook when it collapsed four months ago or Monarch when it went under in 2017.

However, scrapping or cutting APD on domestic flights would be controversial. The tax on domestic and international flights combined is expected to be worth £3.7 billion to the treasury in 2019-20.

Today, environmental groups criticised any suggestion of cutting the rate.

Jenny Bates, Friends of the Earth campaigner, said: “It would be completely unacceptable and even reckless if the government cut air passenger duty on domestic flights.

“These short UK trips are exactly the ones we need to avoid in the drive to cut aviation climate emissions to help prevent climate breakdown. Instead the government could invest more in our rail system, and make such trips more affordable.”

Doug Parr, Greenpeace UK policy director, said: “This is a poorly thought out policy that should be immediately grounded.

“The government cannot claim to be a global leader on tackling the climate emergency one day, then making the most carbon-intensive kind of travel cheaper the next. Cutting the cost of domestic flights while allowing train fares to rise is the exact opposite of what we need if we’re to cut climate-wrecking emissions from transport.”