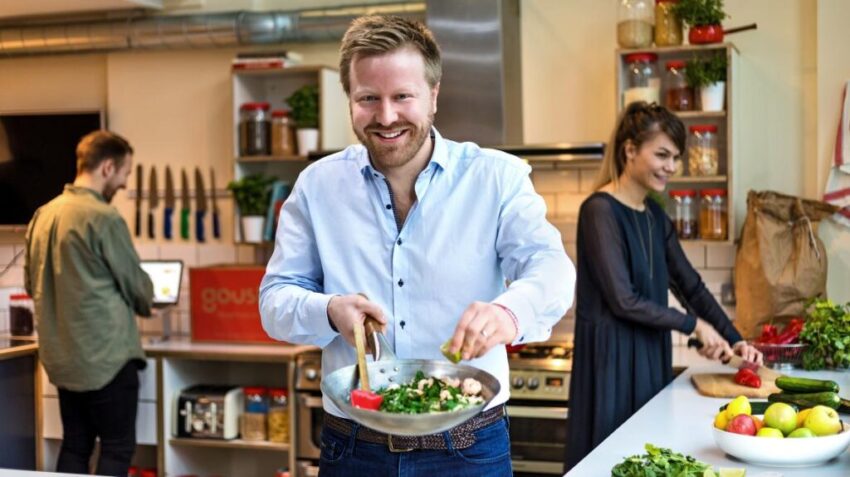 A surge in demand for recipe food boxes has prompted Gousto to create a thousand new jobs after doubling sales since the start of the year.

The British-based business was founded in 2012 by Timo Boldt, a German-born entrepreneur who ran the company from his student flat. It has already hired 400 new workers this year.

Gousto is selling five million meals a month and sold more meals in the first six months of this year than in the whole of last year. It is expected to unveil a maiden profit this year, compared with an operating loss of £12.5 million last year.

Mr Boldt, 35, said that the business planned to triple its capacity by 2022 and that it had benefited from the switch to online shopping during the pandemic.

“The UK recipe box market has come of age, with the recent lockdown accelerating structural trends that were already firmly under way,” Mr Boldt, right, said. “We have maintained record sales, even with the progressive easing of lockdown restrictions, and view this shift as part of a wider permanent redrawing of the grocery landscape.”

As well as attracting new customers to its website, existing customers are buying more meals as many people have avoided eating out in the past three months.

The business changes its option of 55 different recipes — such as spicy hoisin pork with ginger and sesame veg or BBQ chicken fajitas — every week. Mr Boldt said that they were priced at £2.98 per meal per person, although most recipes serve two or four. “Most people want variety and we have the widest range of meal options on the market,” he said.

Gousto has raised a further £33 million from investors that already include M&C Ventures, Unilever Ventures, the Business Growth Fund and Joe Wicks, the celebrity personal trainer who has found a new audience in the pandemic running virtual fitness classes. Mr Boldt said that the business was planning to hire predominantly technology-based staff to build extra capacity on its website. He said that the business expected to benefit if the country entered a deep recession, as “the share of home cooking market tends to rise as people cut back on eating out”.

Gousto faces competition from rivals such as Mindful Chef and Hello Fresh. Supermarkets including Asda, Marks & Spencer and Morrisons also have started offering meal boxes, but Mr Boldt said he was not concerned because it remained a “challenge for them to make it profitable”.

During the pandemic Gousto also has provided meals to food banks and Shelter, the homeless charity.