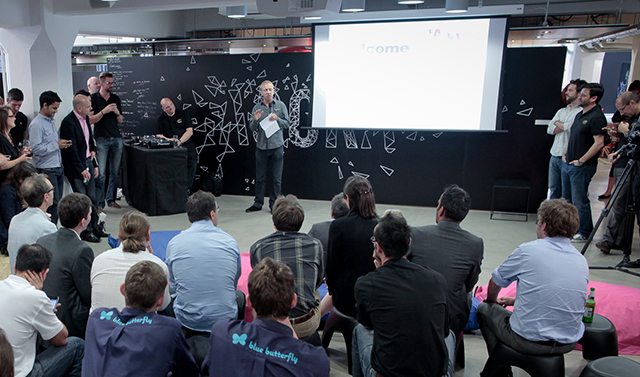 British technology start-ups are enjoying an unprecedented investment boom, shrugging off concerns over a no-deal Brexit.

High-tech companies have received a record $6.7 billion (£5.5 billion) in new funding this year, 50 per cent more than the same period last year. They are on course to secure more than $11 billion by the end of the year, easily eclipsing last year’s total of $8.7 billion, according to official figures. The data, from the government’s digital economy council, suggests that Britain remains the most attractive country in Europe for overseas tech investors.

US and Asian funds accounted for more than half of the investment so far this year, thanks to bumper financing rounds at Deliveroo, the food delivery app, and Ovo Energy, an electricity and gas provider. In the past five years US and Asian investors have pumped $14.6 billion into UK tech start-ups, compared with $6.5 billion and $2.5 billion for their German and French counterparts. The influx shows that jitters around investment in the run-up to Brexit have not affected the country’s vibrant start-up scene.

Tech businesses are regarded as being less exposed to a no-deal Brexit than companies in other industries, which rely on complex supply chains of physical goods that could be disrupted by tariffs and border checks. Mooted changes to immigration policy, which would place a minimum threshold on salaries for skilled overseas workers, would also have less of an impact on the industry, where pay levels are comparatively high.

“These fantastic figures show the confidence overseas investors have in UK tech,” Nicky Morgan, secretary of state for digital, culture, media and sport, said. “We have a longstanding reputation for innovation and the statistics endorse our reputation as one of the best places in the world to start and grow a digital business.”

The government’s Operation Yellowhammer dossier into the effects of a no-deal Brexit included a chilling warning for the sector. No-deal could “disrupt the flow of personal data from the EU, where an alternative legal base for transfer is not in place,” it said.

Britain’s digital economy relies on the transfer of information between data centres here and the EU. According to the document, it “could take years” to restore data-sharing arrangements.

However, these concerns have not dampened investors’ enthusiasm for the raft of “unicorns” — private companies worth more than $1 billion — to have emerged in Britain over recent years. Checkout.com, a London-based digital payments company, raised $230 million in early May, while Greensill, a finance firm that counts David Cameron as an adviser, secured $800 million from the Japanese tech giant Softbank a week later.

Over the past two decades UK-based entrepreneurs have built 72 unicorn companies, according to separate government research. That compares with 29 in Germany, and 26 in India. The US and China created 703 and 206 respectively.