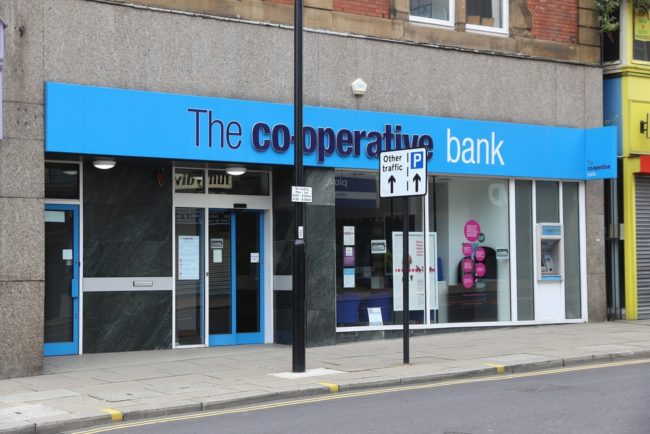 Four banks have been added to the government’s emergency coronavirus lending scheme after criticism that it is failing to help companies reeling from the economic fallout of the pandemic.

The Co-operative Bank, Cynergy Bank, Oak North and Starling will be able to access the business interruption loan scheme, which provides a state guarantee to lenders that support small companies in urgent need of credit.

Some of Britain’s largest non-bank lenders, including Funding Circle, Iwoca and Market Finance, which together have provided loans worth billions of pounds to small companies, are hoping to be approved to join the programme next week.

Under the initiative announced by Rishi Sunak in the budget, the government will underwrite 80 per cent of the risk of loans of up to £5 million. The British Business Bank, which administers the scheme, says that eight in ten of the country’s smaller businesses have a relationship with one of the more than forty approved lenders.

Critics have said that the scheme has failed to get money to the front line quickly enough, in part because of its initial reliance on large traditional lenders. Banks have been struggling to cope with the level of interest in the scheme and the issue has been exacerbated by staff absences and call-centre closures. Non-bank lenders have argued that they should have been included earlier because their structure allows them to make faster lending decisions.

Since its launch, more than £450 million of lending has been agreed with more than 2,500 businesses. However, banks have received an estimated 300,000 enquiries.

An outcry from prospective borrowers prompted ministers to ban the use of personal guarantees, putting directors at risk of personal bankruptcy if their business cannot repay the debt, on loans of up to £250,000.

Companies are still reporting difficulties getting through to lenders, onerous personal security demands and long waits to hear whether applications have been approved. Some are complaining that reasonable demands for credit are being declined.

Kevin Hollinrake, co-chairman of the all-party parliamentary group on fair business banking, said that lenders had responded to criticism of the scheme. “We’re definitely seeing much more positive signs of businesses being able to access finance from all the major banks,” he said. However, he said that there was some way to go” before the scheme could be deemed successful.

Mr Hollinrake said that staff at Royal Bank of Scotland, HSBC, Lloyds, Barclays and Santander would be working over the Easter weekend to “get money out of the door”.