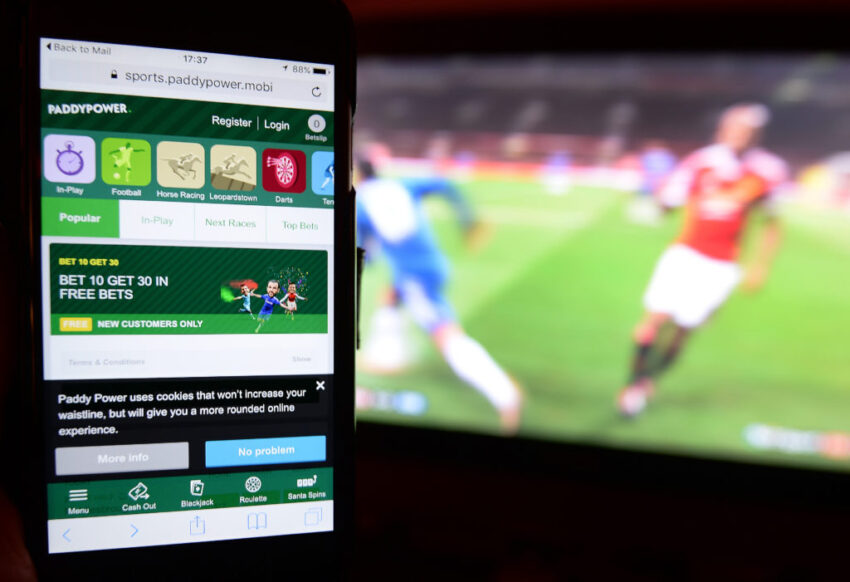 Shares in gambling firms have taken a hammering after the biggest bookies reportedly agreed to a ban on adverts during live sports broadcasts.

Ladbrokes-Coral owner GVC tumbled 5% and 888 Holdings sank 4%, while Paddy Power Betfair and William Hill were also 3% lower amid fears their earnings would take a knock from the ban.

The sell-off came after BBC Sport reported the Remote Gambling Association (RGA) – which includes Bet365, Ladbrokes and Paddy Power among others – struck a deal to agree a “whistle-to-whistle” TV advertising ban.

But the RGA denied an agreement had been finalised.

A spokesman for the RGA said: “The Gambling Industry Code for Socially Responsible Advertising is reviewed annually, and several options are currently being considered as the basis for possible enhancements in 2019.

“However, nothing has yet been finalised.”

The report comes after mounting political pressure about the amount of betting advertising on television, with more than 90 minutes of adverts shown during the football World Cup last summer.

Is is understood the deal will ensure no adverts will be broadcast for a defined period before and after a game is broadcast.

It will reportedly include any game that starts prior to the 9pm watershed but ends after that time.

Brokerage Davy Research reportedly estimates that Paddy Power and GVC both spend between £40 million and £50 million a year on TV advertising.

It is said the impact of the ban will be mostly felt in football given the financial value of the sport to both the gambling companies and broadcasters.

But it is understood that horse racing will be exempt from the restrictions because of the commercial importance of gambling on its viability, while all other sports will be included.

The move comes after a tough past year for the gambling sector, which is already facing a hit to earnings from the Government’s crackdown on fixed-odds betting terminals.

But she added: “Gambling is heavily advertised and marketed online, through social media and through sponsorship – where it is very difficult to control who receives these messages.

“The system needs to be considered as a whole.”

Marc Etches, chief executive of GambleAware, echoed that view: “We have been saying for a long time now that gambling is being increasingly normalised for children.

“They are growing up in a very different world than their parents, one where technology and the internet are ever present.

“So while we welcome this move by betting companies, it is important to pay attention to analysis that shows the marketing spend online is five times the amount spent on television.

“The fact that it is reported that one in eight 11 to 16 year olds are following gambling companies on social media is very concerning.”

Anna Hemmings, chief executive of GamCare, which operates the National Gambling Helpline, said: “For many people gambling is not a harmful activity, but for some it can become a serious problem.

“Many of our service users have told us that the volume of gambling advertisements on television and elsewhere is not helpful to them in maintaining their recovery, so the news that gambling advertising during live sporting events will be reduced is welcome.”