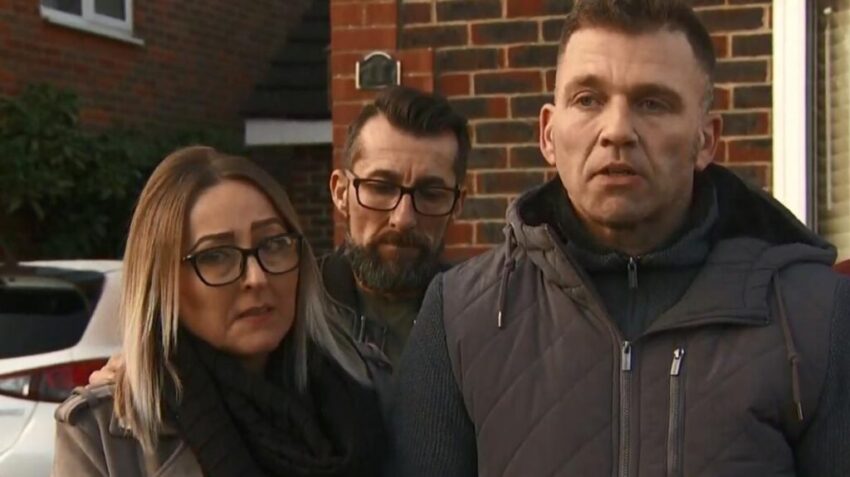 Their only crime, it seems, was that one of them was a model aircraft enthusiast and they lived near Gatwick.

Yet it was enough for Paul and Elaine Gait’s home to be raided by a dozen armed officers and for the couple to spend 36 hours in custody under suspicion of flying drones at the airport in December 2018.

Now Sussex police have apologised to the couple and agreed to pay them £200,000 after Mr and Mrs Gait accused the force of wrongful arrest and false imprisonment.

Yesterday Mr Gait, 48, broke down in tears as he relived the nightmare that he and his wife, 55, went through as they were made “scapegoats” for the havoc at the airport.

“We are deeply distressed, as are our family and friends, and we are currently receiving medical care,” he said. “The way we were initially perceived is disgusting, although those that knew us didn’t doubt us for a second.”

About 1,000 flights were cancelled or diverted as sightings of drones caused the closure of Gatwick’s runways over a three-day period in the run-up to Christmas 2018. Police, who were under intense pressure to track down the culprit so that the airport could reopen, swooped on the Gaits’ home in Crawley at about 9.30pm while they were having a takeaway curry.

They were taken separately to a local police station and Mrs Gait said that she did not know where her husband was until she saw his shoes outside one of the cells. They spent the night locked up before being interviewed at lunchtime the next day. Duty solicitors were present for the interviews, but Mrs Gait said that during the night officers asked her for passwords for her work computer and mobile phone before she could take legal advice.

In a letter released yesterday, David Miller, the force’s assistant chief constable, said that he was “deeply sorry” for the couple’s arrest and detention. “I acknowledge that this would have been a traumatic time for you both. Unfortunately, when the police carry out their functions on behalf of the public, sometimes innocent people are arrested as part of necessary police investigations in the public interest,” he wrote. He added that “we recognise that things could have been done differently and, as a result, Sussex police have agreed to pay you compensation and legal costs”.

The letter also said that the force had commissioned an independent review of its response to the drone sightings.

“A significant number of learning points were raised and these have now been shared and implemented,” Mr Miller said.

No one has been charged over the drone incident and the couple’s legal team said that “serious doubts remain as to whether there were, in fact, any drones flown over the airport”. Although Mr Gait had flown model aeroplanes, he had never owned a drone.

Mark Stephens from the law firm Howard Kennedy, who represented the couple, said that it was “plain as a pikestaff from day one that Mr and Ms Gait experienced a gross miscarriage of justice”.