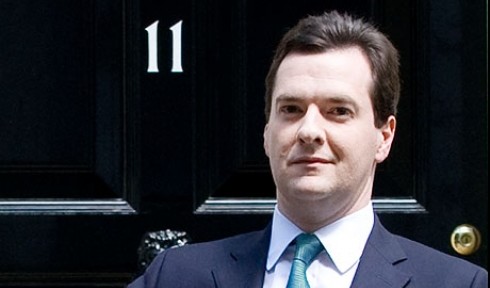 Reform of national insurance, the way that income is taxed compared with earnings and the tax system’s inability to cope with self employment and freelance activity all need his attention, a Treasury-commissioned report by the Office of Tax Simplification (OTS) has said.
In a strongly worded warning, the OTS stated the tax system was undermining David Cameron’s pledge to make this the decade most “most entrepreneurial and dynamic” in British history. “The current lack of clarity poses a barrier to self-employment and is at odds with the Government’s ambitions for creating growth,” it said.
Small businesses were in “fear” of HM Revenue & Customs, the OTS added, with the uncertainty over an individual’s employment status making them think twice about hiring staff. “Getting the status of one employee wrong over time can be enough to put a small employer out of business,” the OTS said.
The OTS, led by tax director John Whiting, also warned the Chancellor that decisions he made in his emergency Budget last June will further encourage business people to seek to avoid taxation by incorporating their ventures.
The report says that April’s reduction in the small company rate of corporation tax to 20p, the increase to personal income tax allowances and the rise in employers’ and employees’ national insurance would have a more significant impact on small businesses in Britain than the 50p higher rate of income tax.
“These far outweigh the increase in the higher rate tax levels,” the OTS said. Employees earning around £50,000 face paying about £7,000 a year more in tax than if they operated through a one-man company, the OTS noted.
The OTS said key areas for reform were the merging of national insurance contributions (NICs) and income tax and the introduction of a flat rate of taxation for the 2m businesses with annual sales of less than £20,000.
The OTS make the case for the Chancellor doing nothing at all in his Budget – “a period of no change would deliver a simplification dividend by itself”, it said.
However, it argued that its series of reforms would deliver a “net benefit” to small businesses if enacted swiftly.
“The overwhelming conclusion is that genuine and long lasting simplification can only be brought about through major structural changes to the UK tax system.”
Mr Mannion, national head of tax at accountants Smith & Williamson, said reading the OTS report left him “depressed”. “It’s such a dysfunctional tax system, as it affects small businesses, bits being added on every year, [it’s] topsy turvy and we are now paying the penalty,” he said.
The OTS called on the Chancellor to act by the end of the year and advised him to pick from a menu of eight “priority” areas.
These include the integration of national insurance with income tax, clarifying the boundary between employment and self-employment, a “radical” new approach to the taxation of the smallest businesses, simplified reporting for employee benefits and capital allowances and a simpler VAT system for small businesses trading internationally.