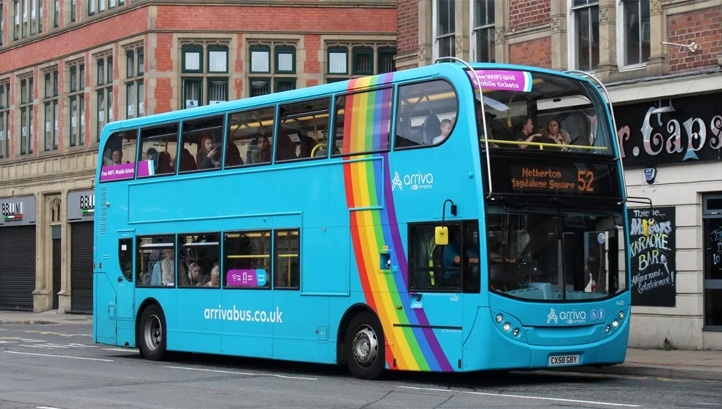 The government will cover the losses of bus companies in England over the next three months to ensure that services can still run.

The UK’s bus industry says passenger numbers have “fallen off a cliff” since the government advised people against all non-essential travel.

But a new £167m fund will ensure that bus companies can cover their costs on essential services so that key workers, like NHS staff, can get to work.

Similar agreements are already in place in Scotland and Wales. The deal in Wales includes free bus travel for NHS workers.

Hundreds of millions of pounds of support measures from local and central government have been dedicated to the UK’s bus industry to ensure that companies can survive through the coronavirus crisis and keep a reduced bus network moving.

The latest figures from the Confederation of Passenger Transport (CPT), which represents bus and coach companies in Britain, showed that passenger numbers were down by 75%, although the numbers are now thought to be worse than that.

With people advised to stay at home, many buses around the UK are being driven around with no passengers on them at all.

CPT boss Graham Vidler said the funding would “plug the gap” between the costs of running essential routes and the income received by companies. He said that would allow “critical journeys to continue”.

Government support is conditional on bus companies operating about half of their routes.

Operators have also pledged not to let buses carry more than 50% of their maximum capacity to ensure that social distancing is possible onboard.

The Transport Secretary Grant Shapps emphasised that people should “stay at home if possible”. However, he described buses as a “lifeline for people who need to travel for work or to buy food”.

“It’s absolutely vital we do all we can to keep the sector running,” he said.

Bus companies aim to temporarily lay off around half their staff who will then receive income under the government’s coronavirus job retention scheme.

Before the coronavirus outbreak the government had earmarked funding to reopen bus routes which had been cut in recent years. Some of that money is now being spent on keeping existing routes running.

Any losses incurred by bus companies since the government advised people against all but essential travel should be covered under the rescue package.